Blessings in a Backpack: How much goes towards the Backpack? 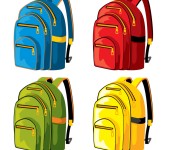 This past week, the Wall Street Journal had a full-page ad for a non-profit 501 (c) (3) called Blessings in a Backpack, a Louisville, Kentucky-based organization that feeds elementary school children whose families qualify for the federal free or reduced meal program, and may not have “any or enough food” on the weekends by giving them backpacks with food that requires little or no preparation.  How do they do this? By mobilizing communities, organizations, businesses, and individuals to donate and/or participate in their program.

Any non-profit that takes out a full-page ad in a major newspaper catches my attention so naturally I had to know just how much of a donation goes towards the food filled backpacks?

The answer is 65% of revenue collected. In other words, 65 cents of every dollar in revenue reported in 2015 went towards the purchase of food and backpacks for the children in the program (reported to be 88,000 children in 1,000 schools). So, if $100 was donated to Blessings in a Backpack, the funds were spent as follows:

The organization spent $8.2 million ($6.3 million on food and backpacks and $1.9 million on functional expenses) and retained $1.5 million which was added to their fund balance bringing the total net fund assets to $8.3 million (most of which is in cash or liquid assets) at year-end – up from $6.8 million the year before.

Retaining $1.5 million into the organization’s fund balance begs the question: why weren’t more backpacks provided or money spent on healthier more expensive food items? For instance, if $1 million was retained instead of $1.5 million, then nearly 7,000 more children could be given assistance or if the $500,000 was spread among the 88,000 existing backpacks to children, then an additional $5.68 can be spent on each backpack raising the total from $72 to nearly $78 over the school year.

There is no specific information on the type or quality of food included (except that the food is from three out of four “essential” food groups) in each backpack (although there are pictures if you google the organization and choose images) but given that minimal preparation is required, some of the food is processed with added sugar, corn syrup, sodium, artificial flavors and colors, and preservatives. Of course, if anyone is hungry, the quality of food becomes secondary to the mere existence of nourishment. That said, nutrition and the quality of food affects health. It’s just as easy (and often more economical) to provide a low sugar cereal like Cheerios than to provide Fruit Loops or to provide applesauce made with just apples rather than applesauce made with added sugar or corn syrup.

The bottom line:  $21 dollars out of every $100 in revenue was spent on functional expenses and $65 on the backpacks and food, leaving $14 in their net fund balance.