Whether you prefer chocolate bars with 56%, 70%, 80%, 82%, or even 90% cacao, there are real bean-to-bar chocolate makers who understand and strive to provide a pure chocolate experience for those of us who still love to rip open a chocolate bar when the craving hits.

A real chocolate maker produces chocolate from raw cacao beans and goes through eight (8) processes (along with many subprocesses) – selecting, roasting, winnowing, refining, milling, conching, tempering, and molding – to make a rich, earthy bar with very subtle flavors of nuts or fruits: Remember that. There’s a test at the end of this post. END_OF_DOCUMENT_TOKEN_TO_BE_REPLACED

A bar of soap seems like one of the simplest things in the world. Just add water, lather, and wash away dirt, germs, and oil but soap can do so much more than leave skin clean. A truly great bar of soap can also make skin soft and smell wonderful for many hours making creamy, lightly scented soap one of life’s true luxuries.

At Smallflower (www.smallflower.com) – an on-line apothecary (pharmacy) established by the 140-year old Chicago-based Merz Apothecary, shoppers can choose among 649 different bars of soap. Choose among 115 brands and 135 different scents from 24 countries. END_OF_DOCUMENT_TOKEN_TO_BE_REPLACED

Andie’s Specialty Sweets makes some of the most picture-perfect beautiful candies including Vintage Candy Buttons, Sugar Butterflies, Hard Candy Sea Glass, Chocolate Antique Candy Keys, Chocolate Candy Winter Acorns, Chocolate Filled Candy Sea Shells, Nuts, and more. So exquisite as to take your breath away, each beautifully designed candy elicits wonder and joy in both appearance and taste. Chocolate, peppermint, vanilla, and fruit are just a few of the many flavors of these very special candies. END_OF_DOCUMENT_TOKEN_TO_BE_REPLACED 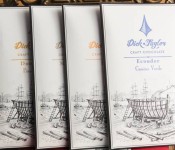 How did two craft masters – Dustin Taylor and Adam Dick – specializing in furniture and wood boats come to be premier bean-to-bar crafters of chocolate? According to Taylor and Dick, the answer lies with time, care, courage and commitment. Fitting a mortice or shaping a plank is not unlike handcrafting chocolate from a cacao bean says the co-founders of Dick Taylor Craft Chocolate. Both processes are challenging and must be done slowly to exacting specifications to produce a beautifully finished product. END_OF_DOCUMENT_TOKEN_TO_BE_REPLACED 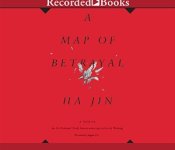 Contemporary Chinese literature is a genre that doesn’t occupy a lot of shelf space in bookstores or on Amazon (only 104 books show up on a recent search) which probably has more to do with repression and censorship than with lack of interest. With nearly 20% of the world’s population (1.5 billion people) in China, there should be an abundance of talented writers whose works are translated and available to the public. Instead, we have but a few writers who’ve escaped from China and been given the freedom to pursue their craft and write without fear of censorship or punishment. END_OF_DOCUMENT_TOKEN_TO_BE_REPLACED

Ten years ago, energy bars were on a small shelf in the health food aisle. Today, most grocery stores and markets allocate prime supermarket shelf space to dozens of energy bars because so many of us want a delicious and nutritious bar that we can take anywhere. Although several great tasting bars are on the market, there is only one raw energy bar that totally rocks it in the flavor and nutrition department: the U RAWK Bar. Made with all organic ingredients, the U RAWK Bar is simply scrumptious…and incredibly nutritious. END_OF_DOCUMENT_TOKEN_TO_BE_REPLACED

Creamy and spearmint are two words not normally used together but the Italian chocolate maker, Domori combined white chocolate with real spearmint leaves to come up with one of the creamiest minty chocolates on the market. Called Biancomenta, an Italian word meaning “white with mint,” the chocolate bar comes in two sizes: a single serving taster square (4.7 grams) and a regular sized bar (25 grams of .88 ounce). END_OF_DOCUMENT_TOKEN_TO_BE_REPLACED

Finding healthy and delicious recipes for traditional favorites is a challenge but after I discovered Fran Costigan’s Vegan Chocolate cookbook, I realized that desserts we all grew up on – chocolate cake, brownies, and cookies – can be just as delicious without dairy, copious amounts of oil, or eggs. The trick is to search for recipes, use alternative ingredients and be fearless (you really do learn from mistakes in baking). Search, read, make, taste, adjust, and try again. END_OF_DOCUMENT_TOKEN_TO_BE_REPLACED

There are hundreds if not thousands of books in print about the Holocaust, most of which cover the Nazi regime, concentration camps, survivors of the camps, and the political environment but there are very few books about the “hidden children” – the infants, toddlers, and school age children – who were hidden, often in plain sight of the Nazis during World War II, and survived.

These children grew up, often left Europe, and for the most part were silent because they were taught to stay quiet to avoid detection, didn’t know if they could trust their memories, and didn’t have the resources to process what had happened to them. And so, very little has been written about them because so little has been known, until recently. END_OF_DOCUMENT_TOKEN_TO_BE_REPLACED