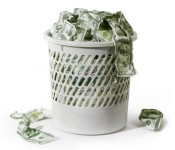 A well regulated Militia, being necessary to the security of a free State, the right of the people to keep and bear Arms, shall not be infringed.

The National Rifle Association of America (NRA) is a non-profit 501 (c) (4) organization that fights tirelessly for our second amendment rights. Whether or not you believe the second amendment refers to “militia” or “the people” has always been controversial but is even more so in the wake of the near daily occurrence of mass shootings in this country. People are screaming out for gun control because quite frankly, there are too many guns and assault weapons in the hands of the wrong people.

But the NRA won’t budge an inch often referring to “the slippery slope” and the right of people to defend themselves from the tyranny of government (that our government along with several others have more than 15,000 nuclear weapons doesn’t seem to be a consideration. I don’t know a lot about guns or assault weapons but I’d go out on a limb here and say these weapons won’t protect anyone from a nuclear weapon).

The reason the NRA is so successful is because they are organized (more than 6 million members pay about $25 a year for membership) and have a lot of money (they raise about $350 million a year and have $75 million in their fund balance). They spend these funds on all sorts of things: lobbyists, political action committees, defending pro bono cases, education, training, advertising, public relations and paying their executives very well.  In fact, the most recent IRS Form 990 (2013) reveals that ten key executives received $7.7 million dollars in 2013:

When I think of non-profit, I often think of the greater good so it’s really hard to look at a list of key executives of a non-profit and see compensation packages that range from a low of $336,108 to a high of $2,869,611. That all the executives are male and middle-aged is even more disconcerting because our population (who generally support the second amendment) is 51% female and 49% male. Approximately 54% of our population are under 39 years old, and 28% of our population are non-white. So, why does the who’s who of the NRA look like a good ol’ boys club?

To read an update, click on “Executive Compensation at the NRA (2018).”