How Membership Dues are Spent at the American Bar Association 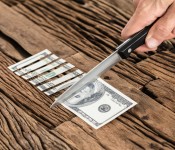 The American Bar Association (ABA) is a non-profit 501 (c) (6) whose purpose is to serve the members of the legal profession in a variety of ways including education. Based in Chicago, Illinois, the ABA has more than 400,000 members who pay $75-$450 in dues annually (depending on their years as a lawyer and type of practice which equates to about $67 million annually (in 2018). To put this number in perspective, the ABA reported total revenue of $149 million in 2018, so about 45% of revenue was from dues. The remaining revenue was from meeting fees ($27 million), gains on the sale of assets ($20 million), royalties ($9 million), publication revenue ($8 million), contributions, gifts, and grants ($8 million), accreditation fees ($5 million), and advertising and other program revenue ($5 million).

So, the ABA brings in about $150 million annually? How much do they spend and how much have they saved? In 2018, the ABA spent about $162 million which is about $13 million more than revenue reported. Normally, spending $13 million more than what was brought in would be a concern but the ABA had a $15 million change in pension costs (in the organization’s favor) which resulted in virtually no change to the net fund assets (which some people refer to as the endowment) at $156 million.

In looking at how the ABA spent revenue, the 990 reports the following expenses:

As illustrated above, the 3 largest expense categories were compensation, travel and meetings, and office-related expenses. Collectively, these expenses totaled $126 million or 84% of expenses). The ABA employed 751 persons in 2018 who were compensated $79 million, which equates to an average compensation of $105,200.

It is important to point out the ABA reported 50 independent contractors were compensated more than $100,000 with the five most highly compensated listed below:

-$  5:  Fees for Services (legal, lobbying, investment, management and other fees)

-$  8:  Grants (primarily to a related organization:  the ABA Fund for Justice and Education)

As illustrated above, the ABA spent $116 for every $100 in revenue in 2018 (but because of a net change in pension costs in the ABA’s favor, the endowment remained virtually unchanged). In short, revenue (which includes membership dues) primarily went towards paying staff costs, office-related expenses, and travel and meetings.