The 8 Best Vegan Websites and Cookbooks

Whether you’re new to or know your way around vegan cooking and baking, there are several websites and cookbooks that offer all sorts of alternatives to the traditional American diet. Ingredients, time, complexity, taste, and appearance are the five aspects by which I judge a cookbook or website and these eight are simply the best.

When I first started making vegan dishes, I often consulted three sites and their corresponding cookbooks, all of which are excellent for the novice vegan baker/cook:

www.happyherbivore.com: Lindsey Nixon is the Happy Herbivore – a former lawyer turned vegan cookbook author and vegan diet promoter. Her recipes rely on few ingredients and simple instructions, making the transition to vegan cooking and baking easy. With 5 books published to date, the Happy Herbivore offers guidance and support for those seeking an affordable change to a healthy diet. Meal plans (complete with weekly shopping lists) are also on her site making this a great starting point (think Vegan 101). This is a no-nonsense, skip-the-food-stylist site that makes vegan cooking and baking accessible and inviting. Intimidation Factor:  zero. 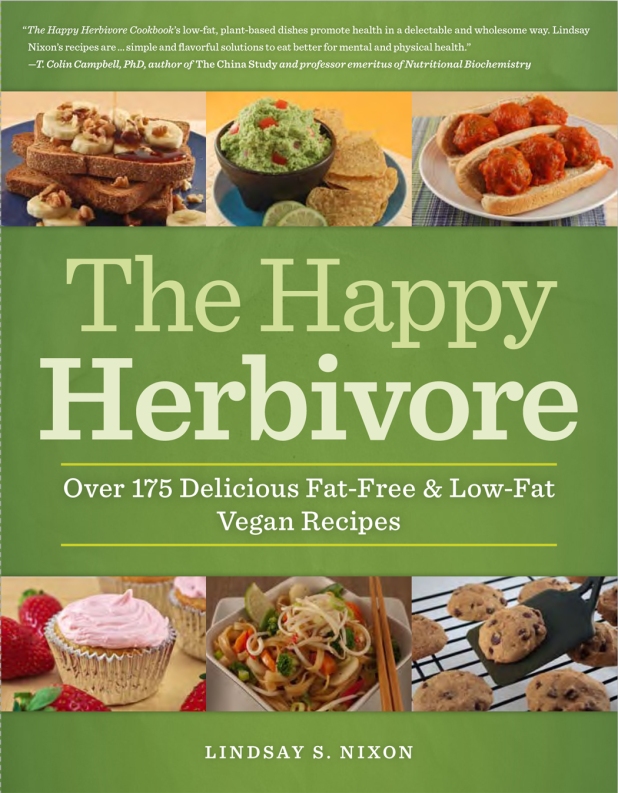 www.engine2diet.com: Engine 2 is all about eliminating and replacing junk food, meat, dairy, and processed foods from your diet with tasty, wholesome plant-based foods. Check out Rip, a former fireman – who convinced his fellow colleagues to change their lifestyle and get healthy – a totally ripped middle-aged guy who looks like he belongs on the cover of FIT magazine. Consider the 28-day Challenge offered on the website as a way to start a plant-based journey. His book My Beef with Meat is a great resource for those who want to learn more about a plant-based diet, along with lots of simple, easy recipes. Education and Beefcake Factor:  Through the roof.

www.forksoverknives.com: If you haven’t watched the film, Fork over Knives (thank you, Kathy!), watch it. The title refers to choosing a diet over the surgeon’s knife and the film is an eye-opener. Started by a cardiologist (who clearly understands heart disease), this website is a source of recipes, information, meal plans, and events. The lasagna recipe in the book of the same title is delicious and although it takes about an hour to make, the effort is worth it. Wow Factor: High

Once I gained confidence and learned my way around vegan cooking and baking, I ventured out to five other sites and cookbooks that I still continue to use on a daily basis:

www.ohsheglows.com: My daughter introduced me to this site and cookbook (The Oh She Glows Cookbook) by Angela Liddon, a yo-yo dieter for years who learned to let go of the scale and focus on a healthy vegan diet. That her husband is not a vegan (but loves her cooking) makes the site all the more relevant. Find recipes and notes about her journey on the site. Glow Factor: Iridescent 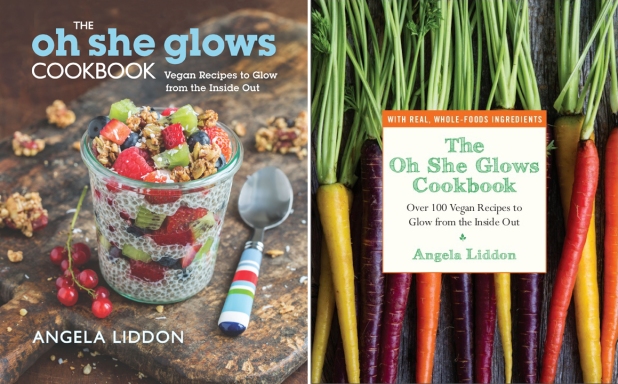 www.francostigan.com: Fran Costigan is the indisputable vegan Chocolate Queen. When I started baking vegan, I became very aware of the pitfalls of replacing butter with oils and sought out Fran Costigan’s cookbook Vegan Chocolate (which I travel everywhere with) and have never looked back. Instead of oils, the recipes call for  non-dairy milks along with good quality dark chocolate and other wholesome ingredients. The Chocolate Cake to Live For with Chocolate Ganache Frosting is rich and decadent. Moist with rich dark chocolate flavor, this is the cake I live to eat. This cookbook will wow non-vegans and vegans, alike; the cakes and desserts are that luscious.  Chocolate Factor: 100%

www.chefchloe.com: Chloe Coscarelli is the author of Chloe’s Vegan Italian Kitchen – a fantastic cookbook for those who love Italian food. The Fabulous Focaccia is just that:  totally fabulous, and so easy to make. The website also lists some great recipes. Comfort Factor: Almost like being in Italy.

www.thugkitchen.com: This unusual site that frequently drops the f-bomb is simply “da bomb.” Their cookbook Thug Kitchen: eat like you give a f*& is one of my favorite cookbooks. Tasty, easy recipes that scream flavor. Check out the recipes on the website. Michelle Davis and Matt Halloway are the foul-mouthed cantankerous vegan promoters behind this site and authors of the cookbook. They are all about having good food without pretension. Shock Delish Factor: Off the charts

www.theppk.com: Isa Chandra Moskowitz is the woman behind the Post Punk Kitchen. One of the earliest and most vocal promoters of a vegan diet through social media, Moskowitz has written eight cookbooks (my favorite being Veganomicon written with Terry Hope Romero). Check out her website for recipes and if your travels take you to Omaha, Nebraska make a reservation at her restaurant – Modern Love – home of “swanky vegan comfort food.” Cookbook Factor: The Joy of Cooking for vegans.