Ann Patchett’s most recent work of fiction, Commonwealth is the story of two families:  the Keatings (Fix and Beverly and their two young daughters, Caroline and Franny) and the Cousins (Bert and Teresa and their four young children, Cal, Holly, Jeanette, and Albie) over a 50-year period that spans from the 1960’s to current times.

Bert Cousins, a district attorney in California is in love with the idea of being a father but completely disinterested in the practicalities of parenthood, leaving the primary responsibility to his long-suffering stay-at-home wife, Teresa who doesn’t make personal upkeep a priority, much to Bert’s dismay (he wants a wife to take care of the house and the kids but also greet him at the door looking like Barbie).

On a Sunday afternoon, Bert escapes the chaos at his house to attend the christening of Franny Keating, the daughter of Fix, a respected local police officer. Over the course of the celebration, Bert becomes enamored with Beverly, Fix’s beautiful wife, a woman who would rather die than join the ‘I’ve Let Myself Go’ club. Despite the difficulties of breaking up two young families, Bert and Beverly decide what’s best for them is best for everyone and so they divorce their respective spouses and create a blended family of two very self-absorbed parental units who excel at detached parenting. On the sidelines are the ex-spouses who have little control, especially in the summer when all six children are with Bert and Beverly in the Commonwealth of Virginia. 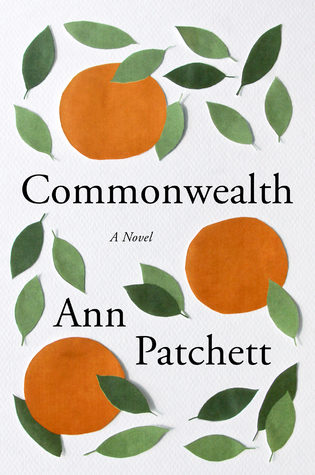 Commonwealth, according to Wikipedia is a “traditional English term for a political community founded for the common good” and used symbolically to emphasize a governance based on the common consent of the people as opposed to a head of state. That the novel takes on the name “Commonwealth” is a metaphor to reflect the reality that the young members of the family are running the show during their summers in Virginia where “they wandered out of the civilized world and into the early orphanage scenes of Oliver Twist.” But, the oddity is that this group – founded on the idea that they were better together – did not “possess one shred of tribal loyalty” but neither did they hate one another. They were simply thrown into a situation in which they had to cope by relying on each other.

Bert uses work as an excuse to avoid his responsibilities while Beverly (who admits to Franny “I wanted two girls. You and your sister. I wanted exactly what I had. Other people’s children are too hard.”) simply escapes, leaving the children to fend for themselves. When Bert and Beverly take the kids on vacation, they stop at a motel and get three rooms: one for themselves, one for the two boys, and one for the four girls. When the six children (between the ages of 5-12) wake up the next morning, they find a note that says “”Have breakfast in the coffee shop. You can charge it. We’re sleeping late. Do not knock.”  As the author points out, the note is just “one more document in the ever-growing mountain of evidence that they were on their own.”  The problem of course is that children are incapable of consistently making good decisions, which is why they have parents. Absent guidance and oversight, and bad things can happen.

Years go by and Franny meets a famous writer, 32 years her senior. She confides in him the story of her childhood which inspires him to write a book called “Commonwealth” which is a thinly veiled account of her childhood. When the book wins the National Book Award, the family is forced to come to terms with each other, their mistakes, losses, and their failures to each other. And, when the book is made into a film two decades later when the children have reached middle age, Franny and Caroline ask “would it have been worse to see a film of their actual childhood?”

Reading Commonwealth is almost like reading a modern anthropologist’s disdainful view of parenting in the 1960’s and 1970’s with semi-autobiographical tidbits of Patchett’s own life disbursed throughout the novel. For those familiar with Patchett’s background and previous published works (This is the Story of a Happy Marriage, Bel Canto, The Patron Saint of Liars, and more), they will see similarities between Franny and the author (both were born in Los Angeles, had fathers who were police officers and parents who divorced, moved to another state at a young age, attended Catholic school, had mothers who remarried men with children providing step relationships, and they both relied on waitressing to support themselves in early adulthood). But even without that knowledge there is no getting away from  the author’s not so subtle message that the price of negligent parenting is high.

Although Patchett is not known for her humor, her discussion of the prestigious literary fiction awards will make readers familiar with popular contemporary writers chuckle and wonder if she is referring to Jonathan Franzen (John Hollinger) or JD Salinger or Phillip Roth (Leo Polsen) when she writes of winners of the Pulitzer, Pen/Faulkner, and National Book award winners. Commonwealth will surely make the short list of literary awards lists in 2016 but the question is will it win the National Book Award like its fictitious counterpart?

They cold bump into one another without significant harm, like people brushing past on a crowded street.  No one had upped the ante in order to save themselves, built a daily tank that would obliterate the competition. They were all in this together.