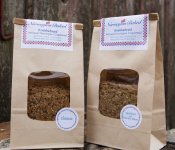 Knekkebrød is a traditional flatbread or crispbread (almost like a large cracker) made primarily with grains and seeds. At the Norwegian Christmas Fair, Knekkebrød by Norwegian Baked – a Brooklyn-based company – were offered as samples and in 6 ounce sealed packets.  Before tasting the Knekkebrød, I read the label:

Impressed by the ingredients (organic! no sugar! no dairy! no eggs! no preservatives! no artificial anything!), I tasted a sample and just smiled from ear to ear because the flavor was amazing. Nutty, crunchy, and rich with seeds, Norwegian Baked Knekkebrød was like no other crispbread I ever tasted and made me wonder “Knekkebrød, where have you been all my life?” It’s that good.

The flavor was simply delicious – in fact, the crackers were so good, I found myself circling the room and coming back to the sample table every few minutes for another piece of Knekkebrød before realizing I better buy a few bags. 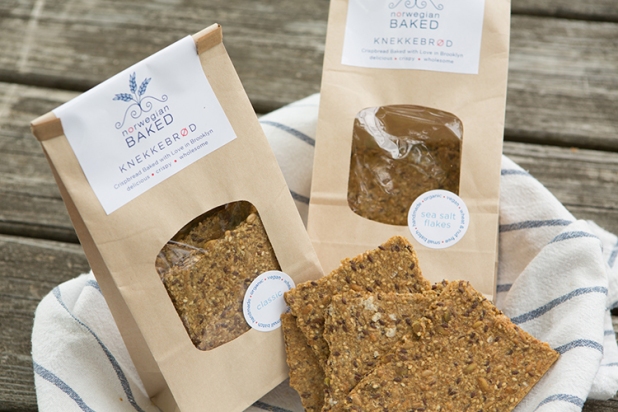 Serve Knekkebrød with soup or salad or spread your favorite nut butter or cheese (Miyoko’s Smoked Farmhouse Cashew Cheese is delicious) on Knekkebrød for a mid-morning or afternoon snack. Knekkebrød is a fantastic and nutritious alternative to bread. 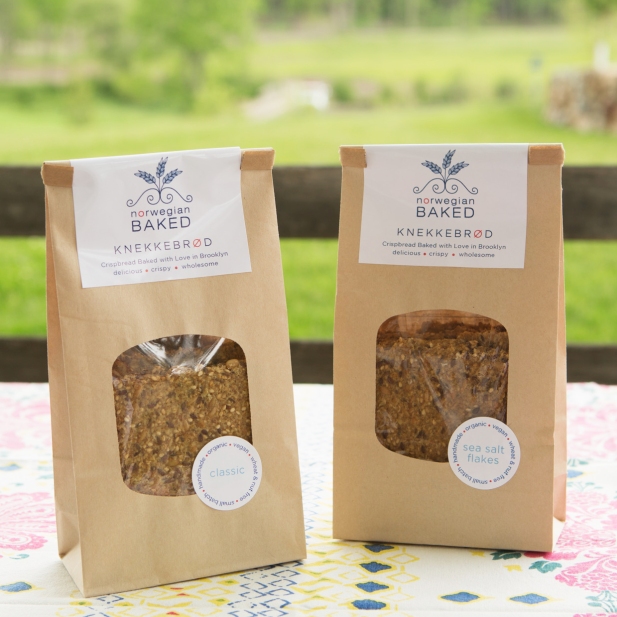 Norwegian Baked Knekkebrød is primarily sold in stores throughout New York City and Brooklyn but can be purchased on-line on Etsy (click here). Two 6-0unce packets  (Classic and Sea Salt) are $20; six 6-ounce packets are $50.

To read more about Norwegian Baked Knekkebrød, go to www.norwegianbaked.com.