Where Does $100 to the Clinton Foundation Go? 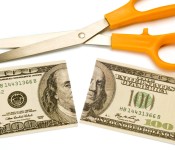 The Clinton Foundation – also known as the “Bill, Hillary, and Chelsea Clinton Foundation” (BHCCF) – is based out of Little Rock, Arkansas although there are offices in other locations including New York City. Established in 1997, the organization is a 501 (c) (3) engaged primarily in maintaining and operating the Presidential Library and Museum in Little Rock, and addressing “the world’s most pressing problems.”

BHCCF is not a large grant provider; nor does the organization specialize in implementing projects. Instead, BHCCF appears to be focused on pubic awareness, establishing partnerships with other organizations, and finding solutions (referred to as initiatives) to a variety of global issues including third world problems, climate change, and health-related issues.

Key information about BHCCF taken from the IRS FORM 990 (2016) includes the following:

The organization paid for first class or charter travel (although this appears to have been limited to transatlantic flights and travel for Bill and Chelsea Clinton).

It is important to note total revenue was significantly less in 2016 compared to 2015 when $116.1 million in revenue was reported, which may have been because Hillary Clinton was running for president during 2016. In the years (2009-2013) in which Hillary Clinton was Secretary of State, the Clinton Foundation reported revenue between $55 million and $148 million (with the highest years being the years ending June 30, 2010, June 30, 2013 and June 30, 2014 at $140 million, $148 million and $178 million, respectively). The highest revenue years appear to be the year after she became Secretary of State, the year she left her government position, and the following year when she was planning her presidency run.

There are two ways to look at expenses:  by four broad categories (program, grants, management, and fundraising) or by specific line item expense with the later providing more detail.

In 2016, expenses totaled $81.3 million (not including depreciation) which is about $10 million more than the amount of revenue reported.  The organization was able to cover the shortfall because they had nearly $350 million in net fund assets.

As illustrated above, the organization spent $115 for every $100 in revenue reported, the overage covered by the net fund assets. For comparison purposes, it is important to note that in 2015, the organization spent significantly less (about $17 million less than they collected so it is helpful to consider expenses in each category as a percentage of total expenses:

In looking at specific line item expenses, the reader is able to see exactly where revenue was spent. BHCCF reported $81.3 million in expenses (not including depreciation) in 2016 which was spent as follows:

As illustrated above, the largest expenses were for staff, office, travel and conferences, and other expenses.  With regards to staff, $37.3 million was spent on 578 employees (about $65,000 each or if the 14 highly compensated staff are not considered, then the average compensation packaged was about $59,000.

BHCCF spent 18% of revenue (or about $12.9 million) on travel and conferences (that includes first class and charter travel) in 2016 which appears to be related to promoting the organization’s mission. Office expenses accounted for 12% of revenue ($8.1 million).

Collectively, these four expenses – staff, office, travel, and other expenses – amounted to 103% of total revenue collected.

Other noteworthy information is summarized as follows:

In 2016, BHCCF awarded $2.5 million in grants in the US with the largest ($2.3 million) to the Alliance for a Healthier Generation – an organization founded by BHCCF and the American Heart Association.

BHCCF held 8 fundraising events that raised $12.3 million in contributions in 2016 with the largest fundraiser being former President Clinton’s 70th birthday party, an event that raised $9.3 million in contributions (but that had gross receipts of $9.4 million). The organization spent $300,000 on facility costs, food and beverages, and entertainment.

In conclusion, the BHCCF is a foundation founded by the Clinton family 20 years ago to manage the Presidential Library and Museum and to also address and seek solutions to global issues. The organization has about $326 million in net fund assets and raised about $70 million in 2016 to push forth their agenda on what appear to be a macro level partnering with other organizations to administer solutions.  In 2016, BHCCF spent about $80 million ($10 million more than they raised but covered these expenses with existing assets) of which $21 million was spent overseas.

With nearly 600 employees (with what appears to be about half overseas primarily in Sub Sahara Africa and South America), the organization’s primary expenses are staff, office overhead, travel and conferences and $14 million in program expenses that are not detailed on the IRS Form 990.