Where Does $100 to the Everglades Foundation Go? 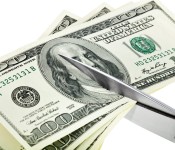 While the Everglades is often described as a swamp or forested wetlands, it’s actually a very slow-moving river that comprises the largest sub-tropical wetland ecosystem in North America. At 100 miles long and 60 miles wide stretching over 1.5 million acres from Orlando, Florida to the Florida Bay on the southern tip of the state, the Everglades is not only a source of water for about 8 million Floridians (about 1/3 of the population) but also a habitat for animals and plants.

Founded in 1993, the Palmetto Bay-based Everglades Foundation (EF) is a 501 (c) (3) whose mission is to lead efforts to restore and protect the Everglades ecosystem in a variety of ways that are broadly categorized on the IRS Form 990 as Program Expenses (educational outreach, working with public policy, the provision of grants for environmental education, and the George Barley Water Prize).

Expenses can be viewed two ways:  by looking at expenses within four broad categories (program, grants, fundraising, and management) or by looking at specific category expenses (i.e. salaries, travel, office, etc), the latter of which provides more detail.  Both ways are beneficial and simply offer two ways to look at costs:  an overall general view of expenses and a more detailed look at how revenue was spent.

As illustrated above, EF spent $47 of every $100 in revenue on program expenses. Within program expenses, the audited financial statements report 68% of program expenses were in outreach programming while 28% were allocated to the George Barley Water Prize, and 4% were for public affairs programs.

EF raises funds in a variety of ways.  Board members provided significant financial contributions (about $3 million in 2016) while two events – a gala in Palm Beach and one in Naples – raised $1.2 million in net income ($2 million in gross income less $800,000 in expenses).  Some critics may say that spending $720,000 on expenses for a fundraiser at the Breakers in Palm Beach is excessive but top performers and their bands (i.e. performers have included Alan Jackson, Roger Daltry, and Jimmy Buffett) are not cheap with the counter argument that these big names bring the 800 attendees to the event (at ticket prices that are $1,000 and up per person) for the chance to see and mingle with the headliners. After all, the 2016 gala in Palm Beach brought in $1.4 in gross income and netted the organization $700,000 – not bad for one night (although more money would have gone to the organization if the expenses weren’t so high).

The difference could be due to classification of services (i.e. fundraising versus fundraising consulting).

In 2016, EF spent $7.5 million in the following specific categories:

* The 990 requires the organization to list the detail of “other expenses” if these expenses exceed 10% of total expenses. EF listed $1.7 million in other expenses under “Fees for Services” but simply listed the total of these expenses in Schedule O as “Program Service Expenses.” In addition, a half million dollars of “other expenses” were listed without explanation on the 990.  $2.2 million is a significant amount of expenses and a breakdown of the types of fees would be helpful to potential donors.

EF reported having 28 employees in 2016 who received total compensation of $2.5 million, which equates to an average of $89,000 each. Five employees received more than $100,000 in compensation:

Travel expenses totaled about $200,000 of which $42,000 was for a Board Meeting at the Naples Beach Hotel and Golf Club (the hotel has a family relationship with a board member or the organization).

-$ 22:  Other Expenses (appears to be primarily professional fees for services)

As illustrated above, EF spent $25 of every $100 in revenue on staff costs followed by $22 on other expenses which appear to be primarily professional fees for services (note: these expenses should have been detailed on the 990). $12 went to grants while $14 was spent (or recognized) on Donor Activities, Uncollected Allowances, the Everglades Literacy Project, Office, Occupancy and Travel.

In summary, EF has been around for 25 years and appears to be focused on raising funds to provide programming, making grants, and increasing the net fund balance to further their mission.  In 2016, the organization spent nearly half  (47%) of what they raised on programs while 12% was spent on grants for a total of 59% of revenue. 16% of the revenue raised was used for fundraising and management, leaving 25% of total revenue for savings in the net fund balance. In other words, a donor who gave $100 in revenue in 2016 had $59 spent on programming and grants, $10 on fundraising, $6 on management, and $25 saved to the fund balance.

If specific expenses are looked at, then the 990 indicates the largest line item expense is staff compensation ($25 out of every $100 in revenue) which is to be expected in an organization that emphasizes education outreach.  $22 out of every $100 in revenue was spent on “other expenses” of which $17 appears to be “fees for services” with the services undefined (knowing what these services were and to who would be helpful).