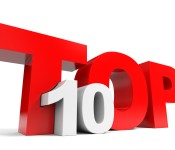 St. Jude’s is one of the most popular non-profit organizations in the country because the charity’s mission appeals to donors:  they treat and help children with cancer and other life threatening illnesses. But, before making donations, donors should understand that St. Jude’s is actually two organizations:

ALSAC stands for the American Lebanese Syrian Associated Charities and “exists for the sole purpose of raising funds and building awareness to support the current and future needs of St. Jude Children’s Research Hospital, Inc” while the Hospital treats and helps the children along with their families. The Hospital has a beneficial interest in the assets of ALSAC but the organizations are separate non-profit 501 (c)(3) entities with specific functions: ALSAC raises funds while the Hospital provides the treatment.

9.  ALSAC reports having an investment of $925 million in Central America and the Caribbean.

To read an update, click on Executive Compensation at St Jude (2019)