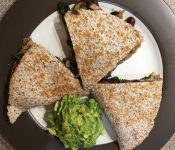 Every single day I try to figure out how to get beans and greens into my diet in new and different ways.  One morning, I simply took out some of the vegetables (onions, mushrooms and kale) I felt like eating and then sifted through rows of canned beans and decided on kidney beans (which always make me think of chili). I also had a package of whole grain sprouted tortillas so the idea of making Chili Green Quesadillas took over.

Chili is traditionally a meaty bean-based chowder but mushrooms proved to be a hearty substitute giving my quesadilla filling a more robust earthy flavor when combined with onions, kidney beans and chili powder.  Although kale is not a typical ingredient in a chili type filing, adding greens to a main course dish provides more nutrients, fiber, and flavor.  The addition of nutritional yeast provides a slight cheesey-like flavor to the quesadillas so you won’t miss the cheese. 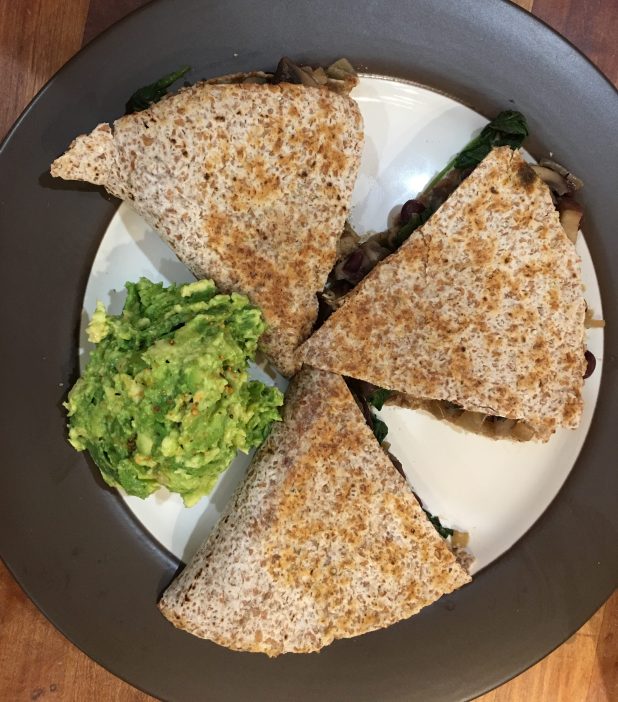 Super easy to make, the following recipe for Chili Green Quesadillas also calls for a quick guacamole. If you’re cooking for one or two, simply use one avocado instead of two (and less lemon juice or no lemon), and store the leftover chili filling in the refrigerator to use over the next few days. Otherwise, use two Haas avocados and be generous with the guacamole.Also, note my preference is for a thick quesadilla as a main meal but quesadillas are usually thin tortilla “sandwiches.” 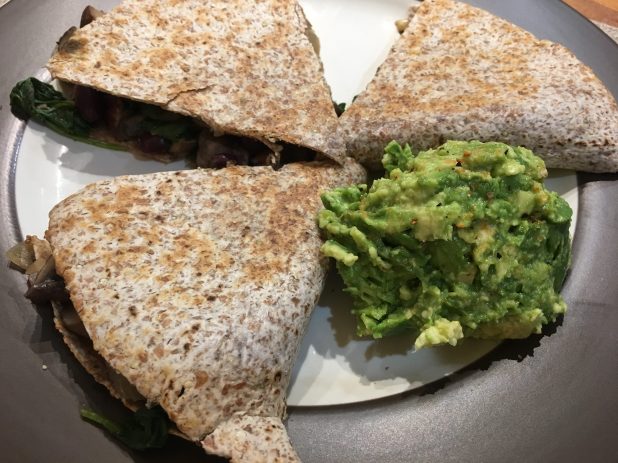 Add the kidney beans, chili powder, and nutritional yeast. Stir to blend. Reduce the heat to medium and add the kale. Cover the pot for 1 minute and then stir (tongs work great) to blend the wilted greens into the onion, bean and mushroom mixture. Cover and let cook for 1 minute. Remove the lid and turn the heat off. Blend the mixture and set aside. 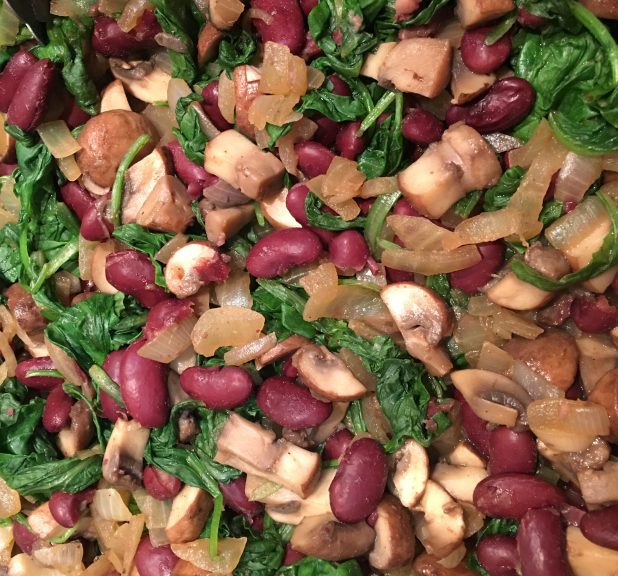 Cut the avocados in half and scoop out the insides into a small bowl. Squeeze the lemon juice, if using, over the avocado and using a fork, smash the avocado leaving a few small chunks.  Add salt to taste. Set aside.

Place a large non-stick pan or griddle on medium heat on the stove. Spray the griddle lightly with grapeseed or canola oil. Place the large tortilla in the pan. 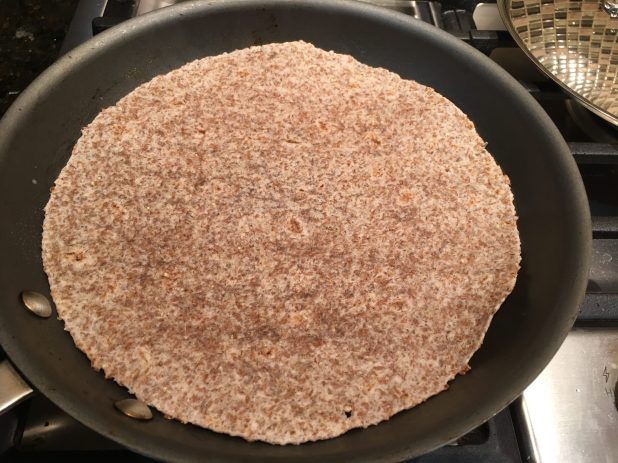 Scoop a heaping cup of the chili mixture for a thick quesadilla or 1/2 cup of filling for a more traditional quesadilla onto 1/2 of the tortilla. 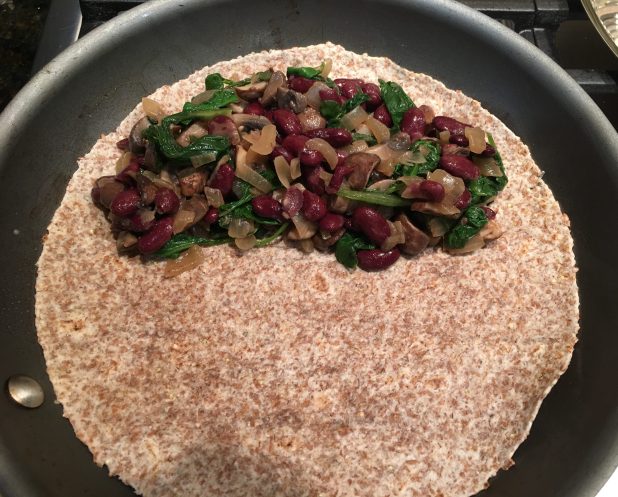 Fold over the other half and press down. 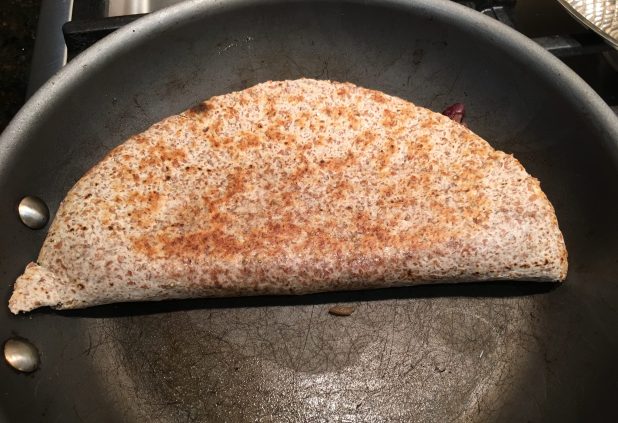 Using a spatula, place the cooked quesadilla on a plate. Cut into thirds using scissors or a sharp knife. If some filling falls out, don’t worry about it. Use a fork to scoop up any filling on the plate. Serve with guacamole. 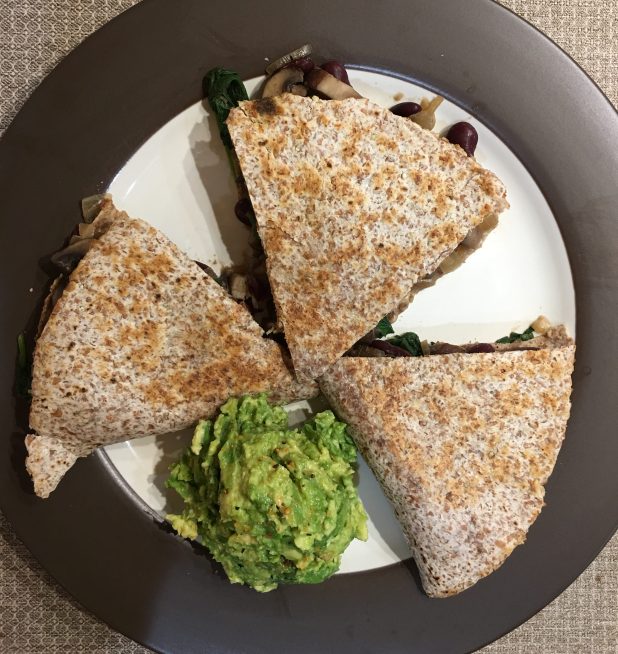 Store any extra quesadilla filling in an air tight container in the refrigerator and use later in the week. 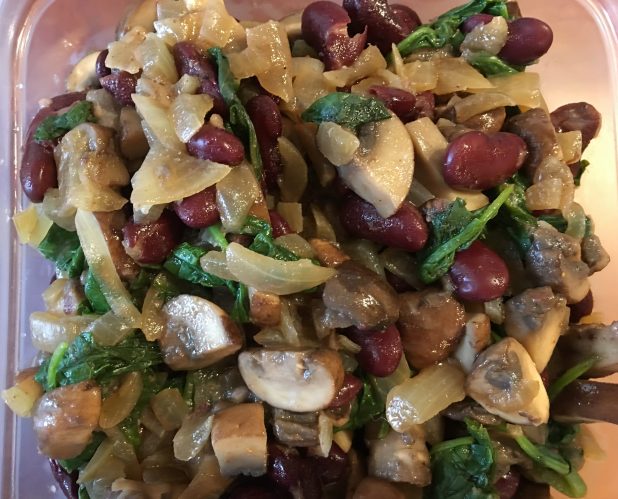