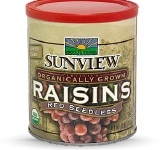 Big, moist organic jumbo raisins are hard to find. Most organic raisins are small and can be used in most recipes where they will absorb moisture and plump up. But, out of the bag, they almost seem inferior to those big huge raisins preserved with sulfur dioxide that are found on most grocery store shelves.

Every so often, my husband will ask me to pick him up a bag of the tricolor huge raisins sold at Trader Joe’s. Visually impressive, these raisins are his favorite because they are big, colorful, and tasty although they are preserved with sulfur dioxide (otherwise, they wouldn’t look like they do). Since I don’t want him to consume food with preservatives, the search for an organic raisin with the same attributes as those with preservatives has been a priority. 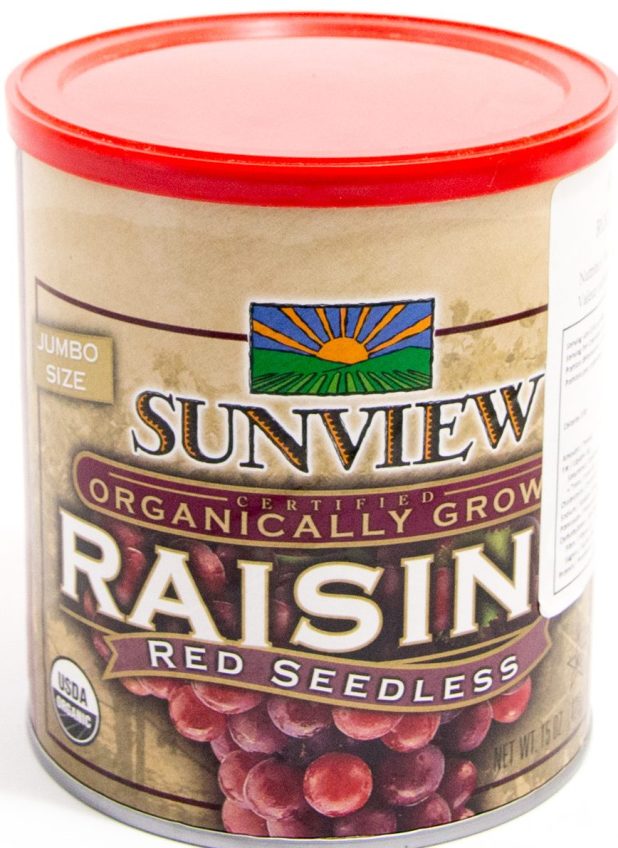 Enter Sunview – a family-owned farm that has been farming for three generations in the Central Valley of California. Sunview grows and sells jumbo sized organically grown raisins that are exactly what they say they are:  jumbo and organically grown, and more: moist and delicious. 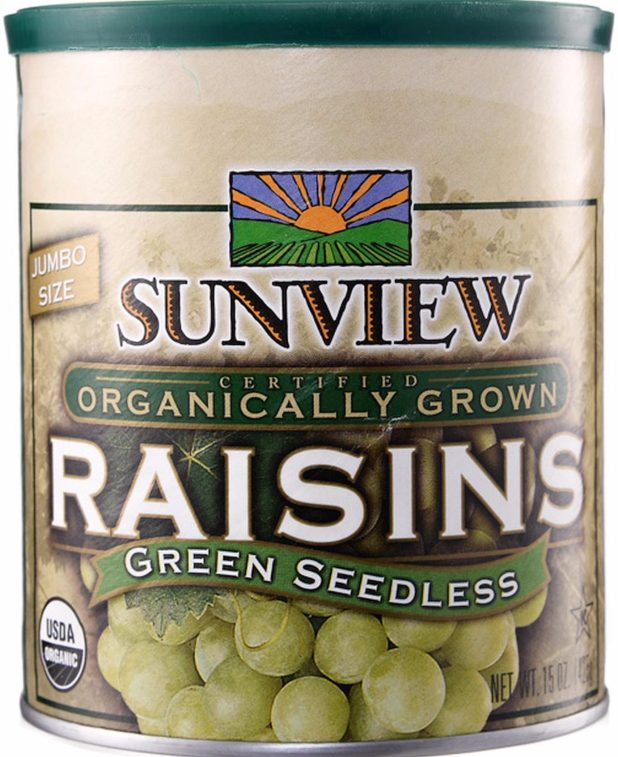 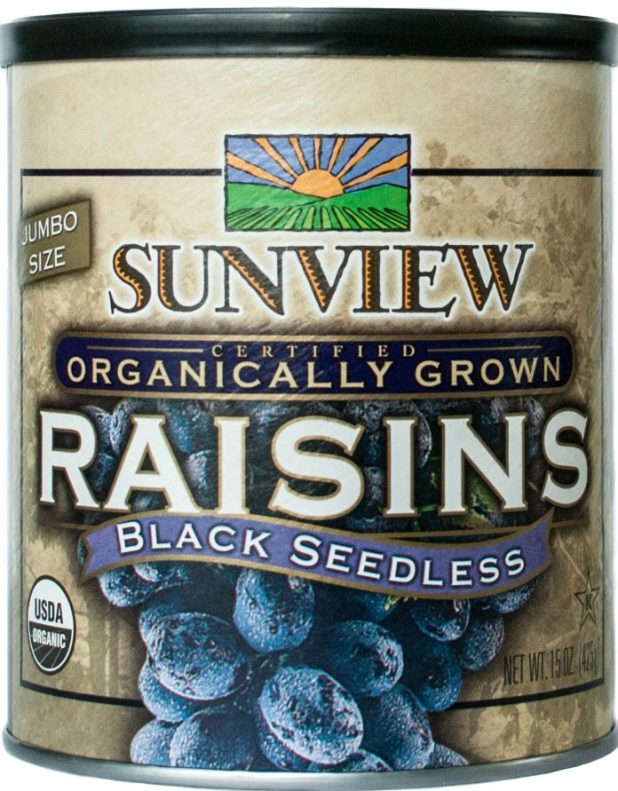 Look for the distinctive resealable canister.