How are Donations Spent at the Robin Hood Foundation? 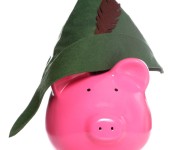 The Robin Hood Foundation (RHF) is not a “rob from the rich, give to the poor” organization although RHF is known for having a wealthy Board of Directors who financially support the organization so that donations can be used to help alleviate poverty in New York City. How does RHF do this?  Primarily by providing grants to other non-profits in the city who work to alleviate poverty by providing food, shelter and health services along with education so that people can lift themselves out of poverty.

In a sense, RHF is a “United Way” for non-profits in New York City whose focus is on poverty. They solicit grants, screen the organizations, and disburse donations in the form of grants. Unlike United Way, the RHF states “100% of your donation goes to our community partners” on the front page of their website (www.robinhood.org) because “Robin Hood’s Board of Directors underwrites all operating costs.” That’s an amazing claim, especially for donors who are interested in their dollars going as far as possible to help alleviate poverty in a city where 1 in 5 people are estimated to live in poverty.

There are those who will view the above compensation as excessive even if the Board is paying these costs because more funds could be used to help the poverty-stricken. The counter argument is that Mr. Saltzman’s compensation was primarily a severance payment based on his years of service (he departed the organization after many years of service) and is not reoccurring, that good people need to be compensated well, and if the Board is paying for the compensation, then donors shouldn’t be concerned.

The organization raised $121 million ($55 million of which was raised at a fundraising event) and awarded $115 million in grants (209 recipient organizations received more than $5,000). Overhead costs were $26 million (not including nearly $1 million in depreciation), of which $18 million was for compensation, $4.3 million for office-related expenses, $2.5 million for fees for services, and $1.2 million for prize expenses, indirect event costs, marketing and communication and other costs.

To read an update, click on: Where do Donations to the Robin Hood Foundation Go (2018)?