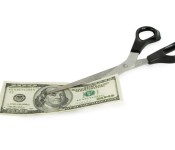 350.org is a non-profit 501 (c) (3) founded in 2008 by a group of people along with author Bill McKibben, an environmentalist, to work towards ending the use of fossil fuels and build renewable energy.

Most scientists agree that the burning of fossil fuels is the largest contributor to greenhouse gas (followed by the animal agriculture industry) which has led to global warming. Named after the safe concentration of carbon dioxide in the atmosphere – 350 parts per million, 350.org is a grassroots organization that has become more well known as the public has become aware of the effects of climate change.

Based in Washington , DC, 350.org raises about $19 million annually (primarily through contributions), spends about 80% of those funds, and has about $15 million in net fund assets. Because the organization is relatively young, it appears they have been focused on their mission but also building up net fund assets (think endowment). Hence, the reason they have not been spending as much as they raise.

In looking at expenses, there are two ways to view these costs:  by broad general category (i.e. grants, programs, management, and fundraising) or by specific line item category (i.e. compensation, consultants, office-related expenses, travel and conferences, etc), with the latter providing more detail on how revenue is spent.

-$  4:  Advertising and Other Expenses

As illustrated above, fees for services (primarily consulting) and compensation related expenses are the two largest expense categories.  350.org reported employing 61 employees in 2018 who were compensated $5.2 million which equates to an average compensation of $85,300.  2 employees received more than $100,000 in compensation:  Gillian May Boeve, the Executive Director who received $137,066 and Humphreys Munai, the Chief Operating Officer who received $110,354.

As illustrated above, $63 out of every $100 was spent on programs, of which $21 were for programs outside the USA.

350.org was formed 11 years ago to help fight climate change by focusing on reducing fossil fuels and promoting renewable energy. It is unclear why 350.org does not include reducing human reliance on animal agriculture since collectively these two industries are the leading cause of climate change. Changes in both use of fossil fuels and the reduction of our reliance on animal agriculture (approximately 25 million farm animals are slaughtered every single day in the US and most corn and soybeans grown are for animal feed).  My guess is that animal agriculture is a hot topic since the majority of Americans (which presumably includes the directors and employees of 350.org) eat animal products every single day, and the organization may not want to address the impact of their dietary habits on the environment or offend potential donors (safer to stay with reducing fossil fuels and finding renewable energy sources).

Over the past 11 years, 350.org has increased revenue but has consistently not spent as much as they raise, conceivably to build their endowment which has grown to $15 million. Most revenue is spent in three areas:  consulting (no specifics), compensation for the employees, and events, retreats, travel, and conferences.