Why “Republicans” Are Voting for Sanders in State Primaries 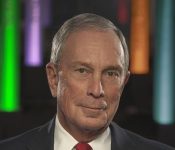 The Republicans are lining up behind Donald Trump to nominate him as the presidential party candidate in November but rumor has it Pro-Trump Republicans are leaving their party in droves (not because they don’t want Trump but instead to ensure his victory) to register as Democrats in order to vote in closed primary elections (the 50 states have an open primary where registered voters may vote in any party primary regardless of party affiliation, a closed primary where registered voters may only vote in the party he or she is affiliated with or a hybrid of sorts).

Since Trump’s nomination is a foregone conclusion, the Pro-Trump Republicans are focused on who the Democratic presidential candidate will be. They obviously want a Democratic candidate that Trump can beat and right now, most polls show that Trump can beat Sanders, Warren, Buttigieg, Klobucher, or Biden.  But, Trump may not be able to beat Michael Bloomberg and that worries many of his supporters because Bloomberg appeals to both moderate Democrats and moderate Republicans. By switching parties before the primary elections in closed states, pro-Trump Republicans can have a say so in who the Democratic candidate will be…..and they want Sanders, who most people believe will never win the presidential election – and yet, still vote for Trump in the November election.

So, what’s a “anyone but Trump but please not Sanders” voter to do?  Vote in the primary, especially if you’re a resident of a state that holds closed primaries. If you’re a registered independent, you won’t be allowed to vote in a closed primary, so switch your party affiliation to Democrat and vote for the one candidate that can beat Trump:  Michael Bloomberg.

In Florida, the primary is  Tuesday, March 17 so party changes have to be made by Tuesday, February 18.  Here is the link to register or change your party affiliation in Florida:

If you don’t reside in Florida, spend a few minutes on line to find out when your state primary is and when the deadline to change party affiliation is.  It’s that important.