When I made the transition from a vegetarian to a plant-based diet, there were foods I never thought I would ever eat again. One of those foods was a croissant:  that exquisite French pastry known for its buttery layers of flaky baked dough, a crunchy exterior and a chewy melt-in-your-mouth interior.  Without butter, how could a croissant be a croissant? And, so I thought my croissant days were over.

Through the years, I’ve often sought out vegan pastries, most of which were sickening sweet, dry as dirt, mushy, or just so-so. Yet, I never gave up because the evolution in plant-based food seems to change daily.  Several weeks ago, I heard about a bakery in Miami Beach called L’Artisane Creative Bakery that opened in 2018 by a classically trained pastry chef named Carolina Molea who went vegan and decided to open a vegan bakery for the simple reason that she couldn’t find a great tasting vegan croissant or pastry in one of America’s most vibrant cities.

After winning “Best Croissant in Miami” two years in a row, L’Artisane was put on the map and became the subject of media reports (finally, a world class vegan croissant was available!). I went to the website, followed the bakery on Instagram, drooled over the pictures and quickly decided to take a road trip. I drove 80 miles one day and when I finally arrived at L’Artisane, I was so giddy with excitement until my husband yelled out “they’re closed on Tuesday…..just kidding.” My heart dropped but was quickly restored when I walked through the glass doors and laid eyes on the most beautiful croissants I had ever seen outside of Paris. Big, fluffy oven browned croissants. 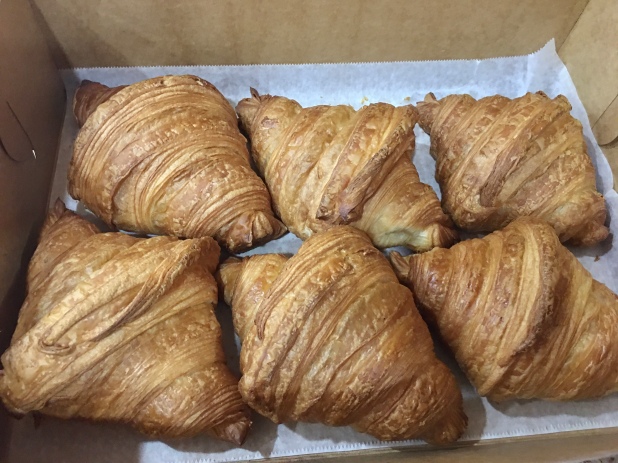 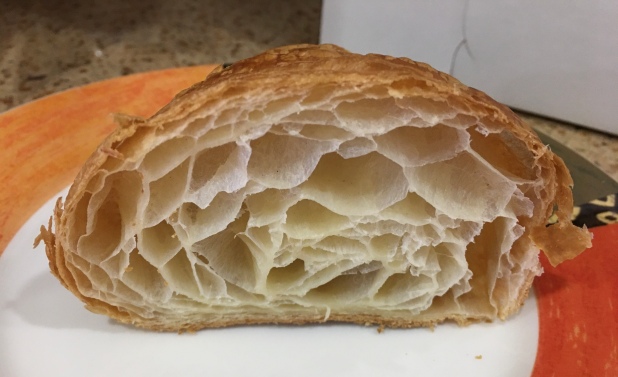 And, then there was the chocolate croissant:

And, Guava and Cheese:

No bakery is compete without cookies. The dark chocolate covered madeleines were picture perfect (as are all of Molea’s creations) but they tasted even better than they looked. 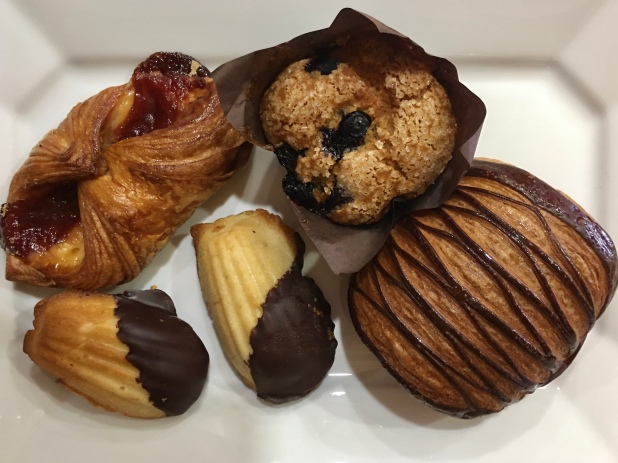 Lest we forget, the bakery also has muffins with the blueberry being a moist, berryfull creation that simply melts in your mouth.