Covid and the Future of Pandemics 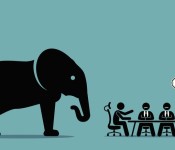 It should come as no surprise to anyone that China refuses to give the World Health Organization (WHO) full access to Covid data. There’s no upside for them to cooperate and so, WHO and many of the other scientists who (no pun intended) know that Covid-19 was transmitted from an animal, likely a bat to a human, claim they won’t get the answers they need to understand how this virus erupted and evolved to produce a worldwide pandemic.  But, I think they know. The cause of Covid-19 and most viruses is the elephant in the room that no one really wants to talk about, and so people blame other nations and politicians instead of really trying to prevent the next worldwide pandemic virus.

These virus transfers from animal to human are referred to as zoonotic jumps and have been going on for a long time (remember the Swine Flu? Bird flu? West Nile virus? SARS?) although they don’t always leap easily from an animal species to a human species.  The virus has to evolve so that the human immune system is basically caught off-guard which means we should be focusing on preventing the zoonotic jump.

We know that animals get stressed when caught, trapped, caged, and slaughtered in tight quarters (but it’s economical according to defenders).  Stress reduces the ability of their immune system to fight off sickness and so they get ill and pass the virus to other animals in close unsanitary quarters. And, eventually these viruses make the jump to humans who are doing all the catching, trapping, caging, and slaughtering.

When Covid-19 first emerged and some people started talking about the wet markets in Wuhan as the possible source of the jump, I recall wondering why isn’t this topic the lead story of every news organization in the world?  People were focusing so much attention on treatment instead of cause but then I remembered that’s the way the world’s leaders and specifically the medical system prefers to operate.  In the early stages of trying to understand a phenomena, they focus on responding to the immediate need at hand (treatment) rather than prevention.

Think about sanitation and emergency surgery (i.e. appendix).  When surgery was in its early years, the result was often a tragedy (the patient would die) but not necessarily because the surgery was the wrong treatment; more often than not, surgery was the right treatment. The cause of death was often infection that could be traced to inadequate cleanliness.   It wasn’t until the medical community understood the importance of clean hands and tools that surgical outcomes improved.  And so, hospitals and medical centers now have strict protocols on hand washing and tool sterilization.

We could greatly reduce or eliminate zoonotic viruses if we stopped eating animals but, as my husband reminds me, that’s never going to happen.  So, we pay a big price to consume animal products because most people think nothing will happen to them.  That it will be somebody else. But, with the Covid-19 pandemic, we know that’s not true and yet, people still don’t want to focus on how to minimize or prevent future zoonotic virus spread.

If we’re going to eat animals, we have to figure out a better way.  Instead, we play the blame game pointing fingers at politicians who could have acted quicker, differently, or better.  There’s no doubt Trump failed to provide an adequate national response to this pandemic and pitted states against each other (especially blue versus red states) but he didn’t cause the pandemic; he just made it worse.  We caused the pandemic by our lifestyle choices and until we address those choices, we can look forward to a future filled with zoonotic viruses that have the potential to turn into pandemics.