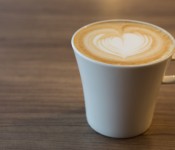 Last week I received an e-mail from Nespresso asking me to participate in a “survey among our loyal customers.”  I don’t normally do surveys but I am a fervent Nespresso fan (I even travel with a Nespresso coffee maker, frother, and cubes in a specially made carrying case) so I decided to participate.  Certainly, Nespresso had recognized my loyalty over the past 16 years (I bought my first Nespresso when we lived in Switzerland and because the machines were not yet available in the US, I took them back to the US and used a converter until I could buy one stateside) and wanted my opinion. Stupid me.

The survey started out by asking me my age (60), employment status (retired), gender (female), and then told me that I no longer had to go forward as I did not qualify to continue.  Gasp. I’ve been cancelled by Nespresso.  All these years of devotion only to realize it’s been a one-sided relationship.  Who knew?  Not me. I was the last to know.  But, I didn’t take it personally. My mornings would still start with a delicious Nespresso oat milk latte.

A few weeks ago, I started watching “And Just Like That” – a new series based on the hugely popular “Sex and the City” series that ran from 1998-2004 except that now the protagonists are in their mid-50’s (instead of their mid-30’s).  Several episodes made me cringe because the characters seemed to be trying so hard to make other people see them as relevant. They kept looking at the next generation for validation when being middle-aged on the cusp of senior hood doesn’t count for much in the world of cool. I wanted to scream “who cares?” But, I kept watching because deep down I wanted Carrie, Miranda, and Charlotte to see themselves as the confident, trend-setting, popular women they were and still are.

My survey rejection and cringe-worthy moments watching the sequel to “Sex and the City” made me realize that we all want to be relevant whether we’re 20, 40, 60 or 80 but that it’s not up to other people to decide if we’re relevant unless we let them.  So, I’m ok if Nespresso doesn’t care what I think because at the end of the day, Nespresso doesn’t really matter (unless they stop making coffee makers, frothers and coffee in which case I will be bummed).  My husband, my daughter, my animals, and my friends make me feel relevant every day and for that I am one grateful, 60-year old Nespresso drinking retired female.

Read more from Special Topics
And Just Like That, being relevant, Nespresso
← How the American Chemistry Council Spends Revenue
Why I (a Democrat) Donated to Liz Cheney’s Re-Election Campaign →
4 Comments Post a comment