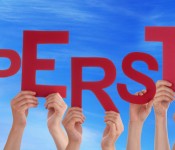 Today is Election Day. Many of us will flock to the polls and cast our votes for the candidates we want to represent us.  Although the really big election day is a year away, the essence of leadership is heavy on many people’s minds with all the presidential debates. As we make our choices today and in the future, let us not forget about the people who are making a difference by making this world a better, healthier, and more compassionate place. END_OF_DOCUMENT_TOKEN_TO_BE_REPLACED 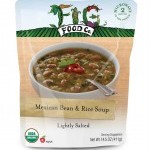 The Fig Food Company makes nine delicious, organic plant-based soups that taste just like homemade, which is just what you would expect from a company that uses organic ingredients grown primarily by North American farmers. The first time I read about Fig Food Company, a wave of trust washed over me – and not just because the founder, Joel Henry is an honorable guy who cares passionately about nutrition, organic farming, reducing our dependence on fossil fuels, and improving the environment – but because the ingredients list reads like a “who’s who list of what grows on a farm.” So, when I don’t have time to make homemade soup, I rely on soups made by Fig Food Company. END_OF_DOCUMENT_TOKEN_TO_BE_REPLACED

FIg Food Company was started in 2009 by Joel Henry whose company’s mission is to improve the health of people and the planet by promoting the consumption of plant-based food. The company makes, sells, and distributes nine organic and kosher 100% plant-based soups (in microwavable BPA-free pouches) that are low in sodium and offer a healthy alternative to the sodium-laden canned soups on supermarket shelves. But, what most people don’t know is Fig Food Company also sources, sells, and distributes eight types of ready-to-eat organic beans with no added salt, preservatives, or flavorings. Just organic beans and water so the flavor is simply delicious beans. END_OF_DOCUMENT_TOKEN_TO_BE_REPLACED