Zyliss: The Swiss Queen of Gadgets 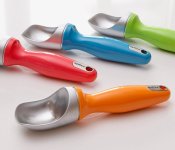 In my home, I am known as the “Gadget Queen” – a nickname that was given to me a few years back by a friend who noted that every time he and his family visited, I had a new gadget. He would barrel in the front door and before putting his suitcases down would say “so, what’s the new gadget this year?”

More often than not, I had a new gadget in my kitchen repertoire and would proceed to explain the benefits of my new acquisition. But, as he and anyone else who knows me understands, a new gadget has to provide a benefit worthy of taking up space in my kitchen – primarily that it saves time and makes a job easier. Otherwise, it doesn’t last.  Surprisingly given my sense of aesthetics and fondness for pretty things that are useless (lined envelopes come to mind), a worthy gadget doesn’t have to look good, attested to by my 1981 Cuisinart and my decades old GE toastmaster, both of which are used on a daily basis and look every bit as vintage as they are.

From 2006-2010, I lived with my family outside of Geneva, Switzerland and learned first hand how the Swiss operate:  efficiently at all costs.  Efficiency and quality are valued above cost and looks so their market is somewhat limited in other countries that put cost and eye appeal first (a single female friend duly noted this after spending several months in Switzerland and proclaiming in distress that Swiss men still wear high-rise Wranglers and go to commune (town) sponsored discos….but that’s another story).  When we first moved to Cheserex, I found myself in a kitchen store and discovered a company called Zyliss (www.zylissusa.com) that makes simply amazing kitchen gadgets.

Zyliss is a privately owned company based out of Zurich that was established about 60 years ago by a man named Karl Zysset of Lyss, Switzerland with his invention of a garlic press. The company now has more than 150 gadgets in their product line that pass muster with those that demand function and durability and surprisingly, design.  Zyliss’s products work well and look good.  In fact, they look so good and work so well that 8 of their products have won the “Red Dot Design Award” (an international award) in the past decade and are displayed in the Red Dot Design Award Museum in Essen, Germany.  If I ever go to Essen, this museum will be on my list of places to visit.

I don’t have all 150 of Zyliss’s products in my kitchen. I have precisely four:
Ice Cream Scoop

The Zyliss Ice Cream Scoop is a smooth scooper that cuts through the hardest of ice creams with a grip handle that is comfortable to the hand.  That it comes in a rainbow of colors reminding you of sorbet is a bonus. Dishwasher safe.

Safe Edge Can Opener
I never thought a can opener would get me excited but this one does and when I discovered how amazing it is, I sent it as gifts to friends and family.  The Zyliss Safe Edge Can Opener opens cans without leaving sharp edges on the can or lid.  The opener operates from the top so the lid can’t fall into the can. 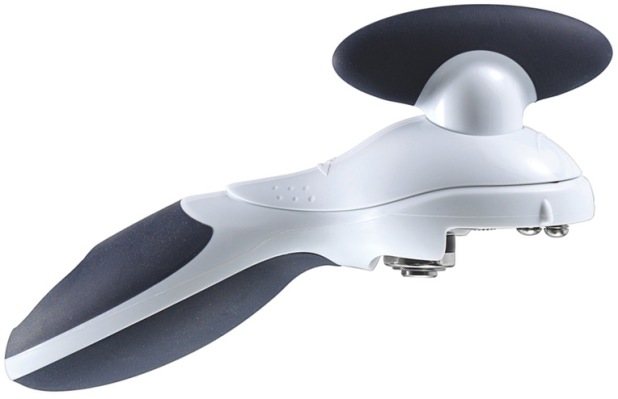 Corn Holders
The Zyliss Corn Holders have a key feature that most corn holders don’t:  they interlock with each other to prevent poked fingers and minimize the chance of losing one in drawers.  Easy handles to grip, these holders come in a variety of bright colors.

All Cheese Grater
I love cheese, every kind of cheese but especially parmesan.  My family often teases me when I serve a pasta dish by asking if I would like some pasta with my grated parmesan.  I’ve even been known to break off a chunk of parmesan for breakfast much to the dismay of the scone and muffin eaters at my table. The Zyliss All Cheese Grater’s most distinguishing asset is that it grates all kinds of cheeses eliminating the need for multiple graters. The handle has a thumb rest that helps provide a firm grip and the grater doesn’t  require a lot of space  for storage.

All of the above products are available in kitchen stores or on-line at www.amazon.com.