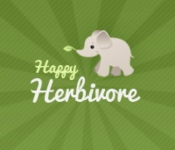 When my daughter set upon being a vegan, I was often perplexed at how to make flavorful, healthy meals that the whole family – carnivore man, vegetarian me, and vegan daughter – would enjoy. I initially consulted Forks Over Knives – both the original book and the cookbook – but often found the recipes time-consuming. I wanted quick, easy recipes with a lot of flavor which I found in The Happy Herbivore Abroad followed by The Happy Herbivore by Lindsay Nixon. Nixon, a lawyer by education who switched careers to follow her passion for food and her love for animals. When someone asks her why she is a vegan, she replies “for my health, the animals, the environment, my pocketbook…and for you.”

There are hundreds of vegan cookbooks and websites but Nixon does one thing better than all of them: she keeps the recipes simple and delicious. Most of her recipes call for less than 10 ingredients and can be made in less than 15 minutes, which is astounding. Her recipes literally invite you to make a vegan dish because the meals are so easy to put together and are so tasty.  That most the recipes are one-pot meals, gluten-free, inexpensive, and often fat-free, is a feat that few can claim to do well.

My first introduction to easy vegan cooking was with The Happy Herbivore Abroad, a 300-page colorful cookbook divided into 12 sections:

Having traveled extensively throughout the world, Nixon presents dishes with an emphasis on the many places she has visited including Cuba, Mexico, Spain, Hungary, France, Sweden, Thailand, Germany, Italy, Portugal, Greece, Switzerland, England, Japan, Belgium, India and more…but keeps it simple. The African Delight – a 7 ingredient one pot meal made with kale, sweet potato, red onion, white kidney beans, vegetable broth, and spices turned out delicious and it took me all of 15 minutes to make. Vegetable Korma, a Mughlai dish that is best described as a creamy curried vegetable (potatoes, carrots, and peas) dish is a family favorite served over steamed brown rice.  And, another favorite – Aloo Gobi – an Indian dish made primarily of potatoes and cauliflower with fresh cilantro can be prepared in less than 30 minutes from start to finish. 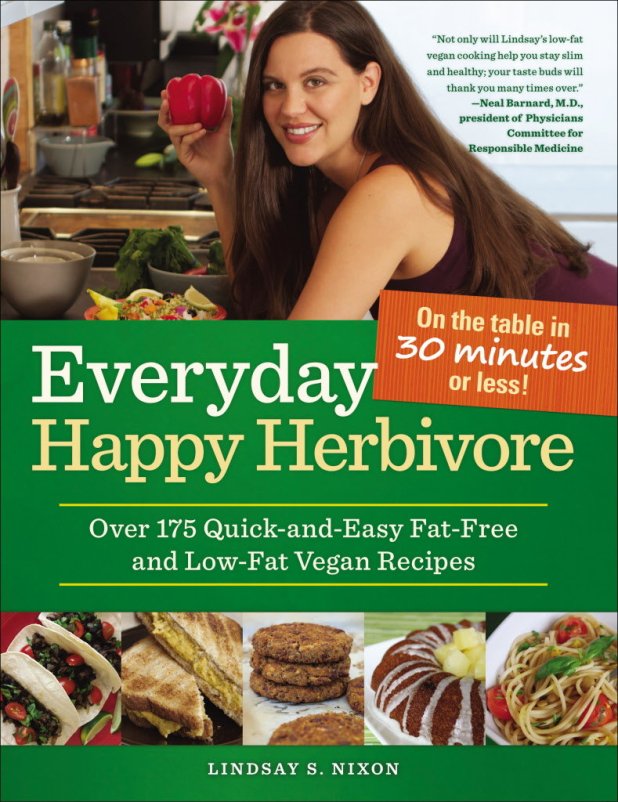 After experiencing so much success with the Abroad cookbook, I purchased another of Nixon’s books – The Happy Herbivore – which proved to be just as easy and helpful – the black bean burger and the mushroom burgers are sensational. The cookbook is divided into 13 sections:

Nixon recognizes that a cookbook with long complex recipes calling for special ingredients and/or tools won’t encourage people to try vegan dishes so she keeps it simple and fresh. Her cooking philosophy is “to make great food at home using the fewest number of ingredients and only ingredients that can easily be found at any store, on any budget-and can be made in even the coziest of kitchens.”

For those who are still hesitant, go to The Happy Herbivore’s website (called The Happy Herbivore) and try out a few of the recipes posted on-line. Lindsay Nixon has published four cookbooks, all of which are available on her website, amazon.com, and book stores nationwide.

I believe food should be just as delicious as it is nutritious.  Let my recipes show you how easy, affordable, and tasty healthy can be!