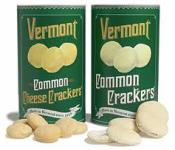 When it comes to flavor, common does not mean ordinary.

Nearly two hundred years ago in 1828, the Cross brothers of Montpelier, Vermont created the Montpelier Cracker which became known as the Vermont Common Cracker: a mild flavored, crunchy cracker often served with cheese, dips, and spreads but equally delicious with nut butters, jam, or served with soups and chowders. Although the recipe has been slightly modified to eliminate unhealthy oils and fats, the Vermont Common Cracker is essentially the same cracker first enjoyed by Vermonters and now savored by many.

The Vermont Common Cracker is made with unbleached wheat flour, water (Vermont, no less), non-hydrogenated shortening, sea salt, potato flour, fortified wheat flour, soy lecithin, yeast, and baking soda. Slightly puffy (but crisp), the Vermont Common Cracker can be split apart, eaten whole, toasted, baked, or crumbled. The cracker’s mild taste doesn’t compete with other flavors but instead serves as a platform to enjoy other foods.

Since 1980, the Vermont Common Cracker has been owned and made by the Orton family, proprietors of the Vermont Country Store (the old-fashioned general store pictured above) in Weston in south-central Vermont (with another location in Rockingham in southeast Vermont).

The crackers are made in three varieties (regular, bite-sized, and cheddar) and in three sizes (7.5 ounce box, 16-ounce refillable tin, and a 16-ounce bag), and are priced from $4.45 – $14.95. To purchase, go to the Vermont Country Store website:  www.vermontcountrystore.com, where free shipping is offered on all orders over $65. Or, if your travels take you to Vermont, consider a stop at the store where the crackers can be purchased on-site, as illustrated below. 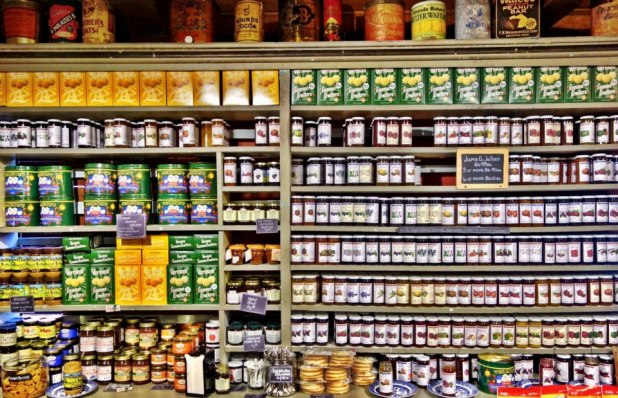