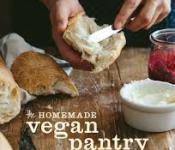 One of the most fantastic aspects of adopting a plant-based diet is being part of a rapidly growing community that introduces new products nearly every day along with cookbooks on how to make delicious plant-based food. Years ago, just a few vegan cookbooks lined a shelf at the local bookstore but today the shelves are filled with vegan cookbooks – a testament to the growing popularity of this wholesome, nutritious diet.

One of the leaders in the plant-based community is Miyoko Schinner “whose mission is to entice people to a compassionate, plant-based diet through delicious food.”

A vegan chef and non-dairy cheesemonger, Schinner recently published one of the most helpful plant-based cookbooks on the market:  The Homemade Vegan Pantry which is the art of making your own staples including sauces (ketchup, mustard, mayo, teriyaki, tomato, Worcestershire, and more), dressings (caesar, ranch, italian), milks (soy, cashew, almond), and dairy-free butter, cream, yogurt, meringue, breads, crackers, rolls, dough, biscuits, granola, cheese, soups, entrees, desserts and more. Basically, all the basics that we grew up with but without the animal ingredients, corn syrup, artificial flavors, colors, preservatives, and ingredients that are difficult to pronounce.

Most of the recipes are simple with minimal ingredients that are more than often in your pantry. For instance, homemade ketchup can be made with five ingredients: tomato paste, water, apple cider vinegar, sugar, and salt. It really is that simple and tastes superior to the commercial varieties on the market. To use that ketchup, consider making “the real burger” which is also known as the “now and zen burger.” 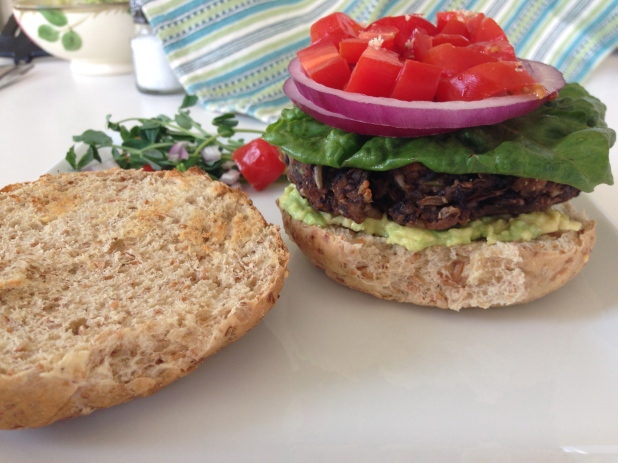 The recipe makes about 18-20 burgers so that you can make and freeze them to use at a later date but the recipe can easily be cut in half to make 9-10 burgers (enough for a small crowd or for just you with extras to freeze). Moist, meaty and flavorful is the best way to describe this burger. Add some guacamole, crisp lettuce, tomato, pickles, and red onion on a toasted roll and you’re in burger heaven. But, don’t forget that homemade ketchup!

Schinner’s cookbook is gorgeous with colorful photos alongside the recipes. But, the reason to buy this cookbook is the simplicity and ease of the recipes and the outstanding flavor of the end result. After making a few of these recipes, you’ll wonder why you ever purchased prepared or frozen basics because it really is so easy to make these foods at home.

The Homemade Vegan Pantry is available nationwide at bookstores and on-line at www.amazon.com for about $13.