Where Does $100 to Samaritan’s Purse Go? 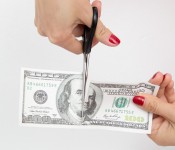 Samaritan’s Purse – based out of Boone, North Carolina – is a non-profit 501 (c) (3) established in 1970 by Bob Pierce who died in 1978. W. Franklin Graham (son of Billy Graham) became Chairman, President, and CEO of Samaritan’s Purse in 1979 and has held the position since although he is also an evangelist for the Billy Graham Evangelistic Association. Samaritan’s Purse is a nondenominational Christian organization that provides “spiritual and physical aid to hurting people around the world.”

Key points (from the 2015 IRS Form 990) to know about Samaritan’s Purse are summarized as follows:

According to the IRS Form 990 (2015) the organization raised $594 million in 2015, of which $220 million (37% of total revenue) were non-cash gifts – mostly shoebox gifts (a shoebox filled with toys, hygiene items, and school supplies) that were collected at more than 4,000 locations. The remaining revenue – $374 million (63% of total revenue) mostly came from cash contributions, gifts, and grants.

Samaritan’s Purse reported $492 million in expenses (not including depreciation) which represents 83% of total revenue. The remaining funds – approximately $82 million – were added to the fund balance which grew from $305 million the year before to $387 million at year-end after unrealized losses, joint costs, and changes in assets were deducted.

Expenses can be looked at two ways:  in the three broad categories of program, management, and fundraising or by specific line item.

Expenses by specific line item include:

A $100 contribution was spent as follows based on the above line item expenses:

Again, if only cash contributions and cash expenses are considered, then we see a $100 contribution was spent as follows:

As illustrated above, the clarity of where cash is spent emerges when non-cash contributions and non-cash grants are eliminated).  Very little cash is given in the form of grants and assistance to foreign and domestic organizations. Instead, cash is primarily used to support salaries, benefits, office and overhead, travel, conferences, material and supplies, advertising, and promotion of the organization. In other words, cash is primarily used to run the machine – the 2,295 staff that administer the program, manage and raise funds for the organization.

Noteworthy information revealed on the tax return also include the following:

Of the $3.3 million in grants to organizations and individuals in the United States, there were 26 organizations that received grants greater than $5,000 with the largest cash grants made to:

The three largest recipients of expenditures by region were:

Samaritan’s Purse is a Christian organization managed by an 18-member board (17 men and 1 woman) that has 2,295 employees that are primarily engaged in administering programs, managing the organization or fundraising. Most grants given are in the form of non-cash leaving cash revenue to pay for the above three major category expenses (program, management, and fundraising) and for savings. In 2015, the organization increased their net fund balance by $82 million to nearly $400 million at year-end.

Click on “Executive Compensation at Samaritan’s Purse (2018)” for more information.