A Wake Up Call for Sheryl Sandberg and Elizabeth Alexander 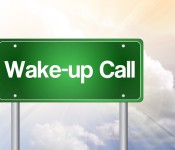 Most people know who Sheryl Sandberg is (the COO of Facebook) by virtue of who she works for but not everyone knows who Elizabeth Alexander is (a poet, essayist, playwright, and professor) although she taught at Yale for 15 years and is currently a faculty member at Columbia University.

Both women are middle-aged, successful, and role models for the younger generation. Living in opposite corners of the country (Sandberg in California; Alexander in New York) with vastly different careers, these women appear to have little in common although both were widowed young: Sandberg two years ago at the age of 45 after her husband, Dave Goldberg (at age 47) sustained a traumatic head injury possibly caused by heart arrhythmia while running on a treadmill; and Alexander in 2012 when her husband, Ficre Ghebreyesus died from heart failure at age 50 while exercising on the family’s treadmill.

Last week, Philip Galanes of the New York Times published an interview he conducted with both women over breakfast at a restaurant in Washington, DC entitled ” Sheryl Sandberg and Elizabeth Alexander on Love, Loss and What Comes Next.  Both women recently published books:  The Light of the World by Alexander and Option B:  Facing Adversity, Building Resilience, and Finding Joy by Sandberg that explain how they coped with losing a life partner.

In the interview, the women talked mostly about their grief, their children, moving forward, and how they navigate widowhood. What these two very intelligent women didn’t talk about – why their husbands died so young and what could have been done to prevent their early deaths – was as telling as what they did talk about. Both Alexander and Sandberg lost the love of their lives and the father of their young children three decades before actuary tables say they should have.  Whenever someone dies suddenly, we describe the loss as tragic and it truly is but what most people don’t talk about is how the death of a young parent or spouse could have been avoided so that others can try to avoid the same fate. Death is inevitable for all of us but it is often avoidable for decades when we make the right lifestyle choices.

No one should play the “blame the victim” game but when someone dies thirty years before he should, the survivors owe it to  themselves and their children (who are left with one parent) to ask the tough questions. When Sandberg talked about her husband and how her children will remember him, in the New York Times interview, she says “…..no one will say a bad word about someone who’s died. So, I beg my friends to be honest. “Do not set them up with a perfect father!” And I encourage my kids to be honest, too. We all have shortcomings.” And, that’s an important message.

Two years ago, Alexander wrote an article entitled “Lottery Tickets” that was published in the February 5, 2015 issue of The New Yorker which detailed her love story with Ghebreyesus, his death, and the grief she experienced when she lost him. When her young son finds Ghebreyesus slumped on the floor with the treadmill still running, Alexander tries to breathe life back into him but he is gone. She writes:

His big heart burst. The autopsy later tells us his arteries were blocked nearly completely, despite the fact that he was slim and energetic and ate yogurt and blueberries and flaxseed, despite the fact that he passed stress tests with flying colors. I learn that severe heart disease is first discovered in many sufferers only when they drop dead. He could never quit smoking, though he tried and tried, over and over and over. Heart disease is the leading cause of death in the United States.

In the New York Times interview, Alexander is asked if she ever has periods of magical thinking and she replies “Oh, yes. If only I’d made him take Lipitor” as if the widely prescribed cholesterol lowering drug would have saved him.  What Alexander fails to see is that Lipitor treats a condition; not a cause. Ghebreyesus was a smoker, which greatly increased his odds of dying from heart disease. Maybe the message should be about making lifestyle choices that don’t shorten life.

We don’t know if Dave Goldberg suffered from heart disease. The autopsy report shows he suffered from heart arrhythmia which could have caused him to fall and sustain the fatal head injury and loss of blood that claimed his life.  Many patients with arrhythmia (Atrial Fibrillation or A-Fib) are prescribed blood thinners (which can cause excessive bleeding) to prevent a stroke or heart event. There are media reports that claim Goldberg also suffered from high blood pressure and high blood sugar but Sandberg has never substantiated these claims.

As the women enjoyed white english muffins served with butter and preserves (and a side dish of bacon for Sandberg) as reported by the New York Times reporter, I again thought about why these two very smart, widely respected women don’t ask the deeper questions regarding the factors that contributed to their husbands’ deaths. Their partners can never be brought back but these women can use their very public platform to advocate healthy lifestyle choices:  Skip the cigarettes, pass on the bacon, butter, and white bread.  Adopt a low-fat whole grain plant-based diet to prevent and reverse heart disease. Instead of asking “what if,” ask “what could change future outcomes?” Heart disease is the number one killer in the USA and it doesn’t have to be.