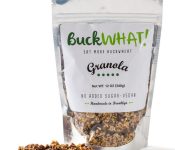 Not all granola is created equal.

When I hear the word “buckwheat,” I am reminded of “The Little Rascals”  and “Our Gang” – the popular short films about a group of neighborhood kids (Spanky, Alfalfa, Chubby, Breezy, Darla, Stymie, and of course, Buckwheat), their dog (Pete), and beloved teacher (Miss Crabtree) that was filmed in the 1930’s and enjoyed syndication on television for decades after.

But, buckwheat is actually a very popular food in Russia and China (owing to its short growing season) that serves as a staple similar to quinoa in Peru, rice in Asian countries, and corn in Latin America. Many Americans think buckwheat belongs to the wheat family, as its name suggests but buckwheat is a gluten-free seed packed with protein, fiber, vitamins and minerals. And, therefore a perfect ingredient for granola.

In Brooklyn New York, a small food company named BuckWHAT Foods (Buckwheat without the “e” to show people that buckwheat does not belong to the wheat family) owned by a sister-brother team who were born in Kiev and immigrated to the United States as children, makes a very different type of granola where the emphasis is on buckwheat. With no added sugar or sweeteners and no added oil, BuckWHAT Granola is as notable for what it doesn’t have as what it does have. 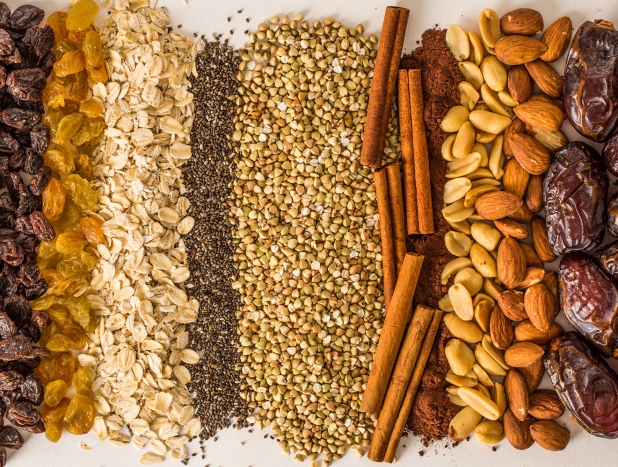 Made with seven ingredients – raisins, dates, buckwheat, gluten-free oats, almonds, chia, and cinnamon – BuckWHAT Granola is both chewy and crunchy with an essence of cinnamon in every bite. Enjoy with your favorite nut milk (Milkadamia – a macadamia nut milk – adds a creaminess that perfectly blends with the crunchy buckwheat groats, dried fruit, nuts, seeds, oats, and cinnamon), sprinkle over cookie dough, ice cream, yogurt, or enjoy as is.

Purchase on-line directly from BuckWHAT Foods at www.buckwhat.com. Each 12 ounce resealable bag is $10.