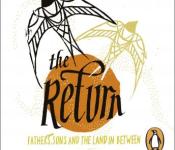 The country that separates fathers and sons has disoriented many travelers.

Many Americans associate Libya with the September 11, 2012 uprising in Benghazi where Islamic militants attacked the American consulate killing the US Ambassador to Libya, J. Christopher Stevens and three others.  To better understand Libya and the historical events that define its tumultuous past, it is helpful to know the following: 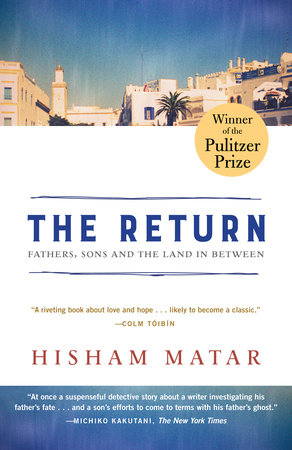 Hisham Matar, the author of The Return was born in 1970 in New York City, where his Libyan parents lived while his father was working as the first secretary in the Libyan Mission to the United Nations. When Hisham was three years old, his family moved back to Libya where they stayed until he was 9 years old.

In 1979, after his father, Jaballa Matar was accused by the Gaddafi regime of being a prominent figure in the opposition, the Matar family fled to Cairo where they lived in exile.  In 1986, Hisham was sent to England to continue his education. While he was there in 1990, his father was kidnapped by the Egyptian Secret Police (President Mubarak of Egypt and Qaddafi were pals) and handed over to the Libyan regime and imprisoned in Abu Salim prison (known as “The Last Stop” according to the author) in Tripoli, Libya.

All of the above information is important to know prior to reading The Return. In 2012, after Qaddafi was overthrown, the author returned to Libya (where his books were banned) with his wife and mother to search for the truth behind his father’s disappearance. Hisham knew the Egyptians took his father and handed him over to Qaddafi but he didn’t know what happened after his father was abducted and whether he was alive or dead. But even with Qaddafi gone, the search was not easy because remnants of the regime were still in place:

Power must know how fatigued human nature is, and how unready we are to listen, and how willing we are to settle for lies.  Power must know that, ultimately, we would rather not know. Power must believe, given how things proceed, that the world was better made for the perpetrator than for those who arrive after the fact, seeking justice or accountability or truth. Power must see such attempt as pathetic, and yet the bereaved, the witness, the instigator, and the chronicler cannot but try to make reason of the diabolical mess.

The Return is the story of one man’s search for the father who haunts his very being. Winner of the Pulitzer Prize in 2017, The Return discloses what a brutal regime did to a family who would not back down or give up and how the love they had for each other carried them through the most difficult of times. With brilliant writing and the use of metaphors – using a butterfly trapped between vertical blinds and glass to signify the author’s inability to find the opening where he will learn the truth; or describing the architecture of the Foreign and Commonwealth Office building in London as “strangely contradictory” just as the British foreign policy to Libya was – the author gives the reader a fuller understanding of all the forces that contributed to the events that nearly destroyed his family…but didn’t.

The body of my father is gone, but his place is here and occupied by something that cannot just be called memory. It is alive and current.