Where Does $100 to Rotary International Go? 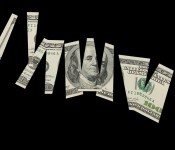 There are an estimated 32,000 Rotary Clubs worldwide that are grouped into 529 districts (an average of 60 clubs per district) in 34 zones (an average of 16 districts in each zone). Each district (529 of them) has a governor.  There are 17 zone directors who each head 2 zones. The governors and directors are  nominated and elected positions. In other words:

RI does not solicit donations from the public; instead membership dues are paid by Rotarians which accounts for about 73% of revenue annually. So, the analysis below really pertains to Rotarians who want to know how their membership dues (along with other revenue) are spent. The answer:  primarily on compensation for the employees of RI and to district managers, office-related expenses for RI, travel and conferences, and fees for services at RI.

In 2017, RI reported expenses of $88.4 million (not including $3.4 million in depreciation) which were categorized as follows:

Revenue not spent contributed to the net fund assets increasing from $127 million to $137 million at year-end, all of which is unrestricted.

As illustrated above, revenue (primarily membership dues and revenue from conventions and meetings) to RI is used for compensation, District Managers, travel and conferences, office-related expenses, fees for services, the Rotary Magazine, advertising and promotion, and a very small amount for grants ($440,655 to the Rotary Foundation for the Polioplus Fund).