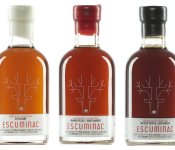 Pure maple syrup is an addictive indulgence that most people pour over pancakes and waffles but like any whole food, the quality and taste of maple syrup varies greatly. Starting with healthy maple trees and an agreeable climate (night temperatures in the 20’s and sunny days in the 40’s, which is why Canada and the northeast are the primary sources of maple syrup), good harvesting processes, and a commitment to not use additives makes for a good syrup but the single greatest factor affecting the taste of maple syrup is the time in which the maple sap is harvested during the season. Harvest early and the syrup is light golden and mild while a later harvest produces a darker amber and a more refined maple syrup.

In a small village just outside Quebec in northeast Canada (just north of Maine) lies one of the largest forests of centuries old maple trees that produce some of the most delicious maple syrup you will ever taste. Named after the village of Escuminac (population:  about 200), Escuminac Maple Syrups are unblended and from a single forest, organic, and pure (no additives).

It takes about 40 liters of sap to make 1 liter (about a quart) of pure maple syrup which is why maple syrup costs more than the fake alternatives (that depend on sugar, high fructose corn syrup, and flavorings).  But if you’ve ever wondered if the cost differential is worth it, all you have to do is take a taste test because there really is no comparison between the real stuff and the fake alternatives. Pure maple syrup is velvety, smooth, refined, pure, naturally sweet, and often robust. 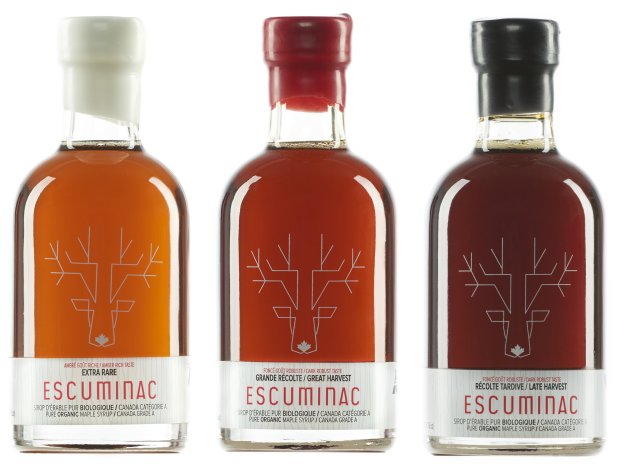 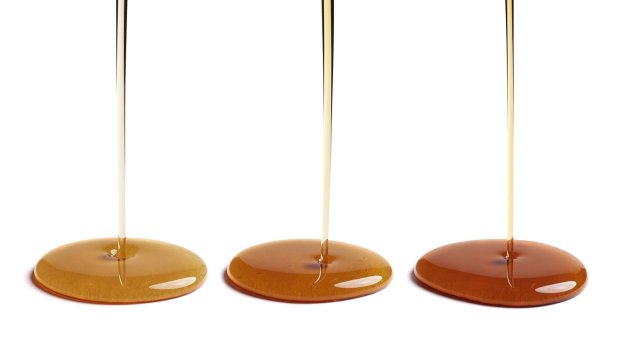 Escuminac Extra Rare: This light golden maple syrup is produced from sap harvested during the first few days of the “run” when the sap just begins to pour out of the trees. Mild-tasting for those who prefer a light maple flavor. 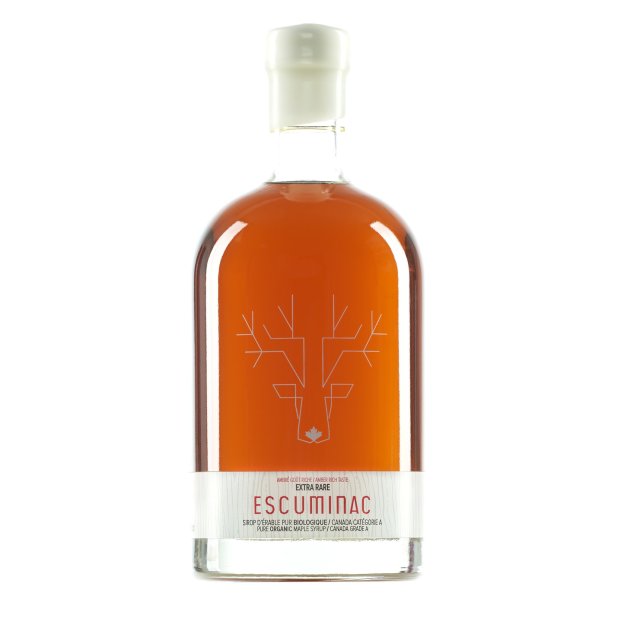 Escuminac Great Harvest:  This amber maple syrup is produced from the sap harvested in the middle of the season. The extra time ages and darkens the sap producing a refined and rich tasting maple syrup. 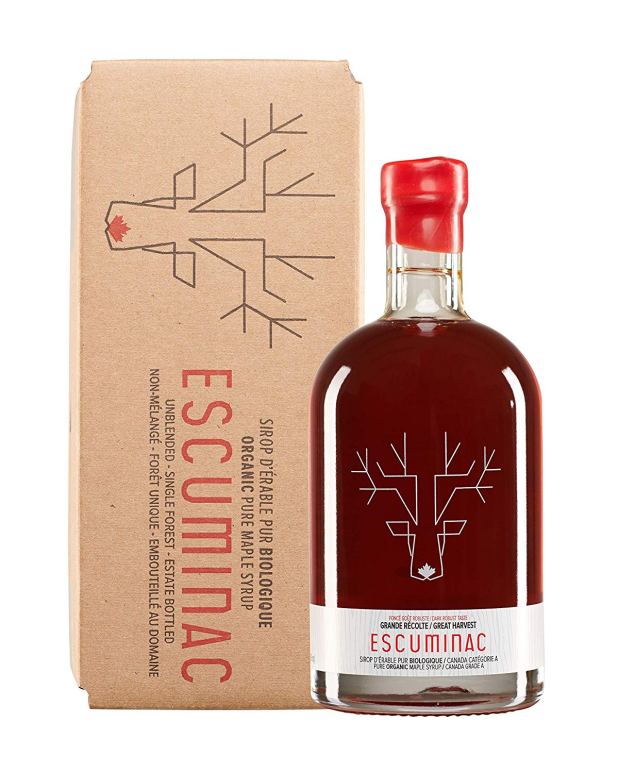 Escuminac Late Harvest:  This intensely dark and robust maple syrup is made from sap harvested at the end of the season. Although this maple syrup is often used in recipes, the rich dark maple syrup is delicious poured over pancakes, waffles, oatmeal, or your favorite hot cooked grain cereal. 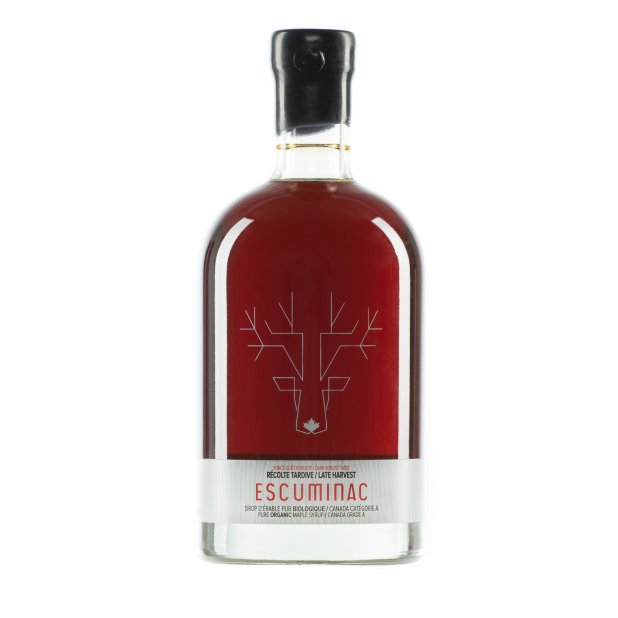 Escuminac Maple Syrups make a lovely gift, especially during the holidays. Purchase directly from the company at www.escuminacmaplesyrup.com. Gift boxes include three (one of each flavor) 200 ml glass bottles (about 7 ounces each) for $39.95 (with free shipping) or three 500 ml (about 17 ounces) glass bottles for $59.95, also with free shipping.