A Novel Idea for Non-Profits: Continue to Pay Your Employees 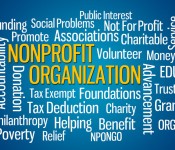 Watching this country fall apart from the devastation of the coronavirus has made me realize how shockingly fragile all our lives are. It doesn’t matter what socio-economic group people are in because the virus doesn’t discriminate but for those who are barely making ends meet or don’t have a safety net, the effects of this virus are disastrous economically.

We live in a country that greatly relies on the generosity of non-profits, which basically means we rely on each other because most non-profits receive their funding from individuals, other non-profits (who receive their funding from individuals), and in some cases, the government (which, again is ultimately from individuals). So, when I start hearing about non-profits laying off their staff, I feel the need to speak out: generalizations are tough but there are many non-profits that have accumulated significant savings – billions or even hundreds of millions of dollars – (which is often referred to as net fund assets or an endowment) that provide a direct service (i.e. food, healthcare) that should not be laying off their staff. Instead, they should use savings to pay the staff who keep these organizations running so that they can continue to help the people they serve (although the most highly compensated staff in most non-profits could certainly take a downward adjustment in compensation and less perks but that’s another story).

It is important to point out that most non-profits do not invest their savings in the stock market because the volatility and potential risk of losses is to great to bear. They may allocate a portion of these savings to marketable securities but for the vast majority of non-profits who have accumulated tens of millions or hundreds of millions, and even billions, the stock market is not where these funds are invested. They tend to use investment managers who allocate the funds to cash, bonds, real estate, and other less risky investments to minimize risk so that the organization’s long-term survival is ensured in tough economic times, all of which means many, many, many non-profits have the resources to keep their staff on payroll. Donations may slow and the endowment will decline but the organization is still operating until better economic conditions come around. It is important to point out that most non-profit tax-exempt organizations do not rely on the income generated by the investment of assets. Instead, many non-profits rely on the annual revenue stream and use the endowment to cover over-spending or as a long-term safety net for times like this.

Read more from Culture, Current Events, Non-Profits
Laying off Employees in Non-Profits, Non-Profits
← Some Humor in These Times
Where Does Revenue to Dairy Management Inc (DMI) Go? →