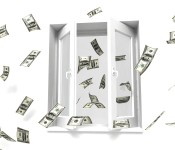 If you donated $100 to the ASPCA in 2020 and want to know how your donation was spent, know that nearly half ($48) went to pay staff, office-related expenses, travel and conferences.  $25 went to pay advertising and promotion and fees for outside services, including professional fundraisers. $8 out of every $100 was spent on veterinary services, operating supplies, and grants to other non-profits whose mission is to help protect animals. $2 out of every $100 was spent on miscellaneous expenses leaving $17 unspent and allocated to the organization’s general fund.

The ASPCA is one of the most widely recognized non-profits focused on animal welfare in the country. Founded in 1866, the ASPCA has been around for more than 150 years.  As is the case with most non-profits, the issue isn’t whether the ASPCA does good things (they do) but  whether they could do more or better with the public support they receive (they could).

In the most general terms, the ASPCA raises $300 million annually and has more than $400 million in net assets.  The organization has about 1,200 employees and counts compensation for these employees ($104 million) as its single largest expense.

Expenses totaled $268 million (including $6 million in depreciation) leaving $57 million added to the general fund that had a year-end balance of $407 million (compared to $340 million in 2019)  (note: the organization reported $8 million in net unrealized gains on investments in 2020 which contributed to the increase in the general fund).

Expenses can be viewed two ways:  by broad general category (i.e. grants, program services, management and general expenses, and fundraising) or by specific line item categories (i.e. compensation, office-related, travel and conferences, fees for services, grants, etc). Each is beneficial with the latter approach providing more detail on how revenue was spent.

The $268 million in expenses were categorized as follows:

As illustrated above, program services used 57% of revenue while fundraising, management, and general expenses used 22% of revenue. Grants – $13 million – were to domestic animal welfare organizations. Grants accounted for 4 of revenue.  The ASPCA made 210 grants larger than $5,000, 207 to non-profit 501 (c) (3)’s and 3 to other organizations. In total, the ASPCA spent $83 out of every $100 on expenses with the remaining 17% allocated to the general fund.

The $268 million in expenses (83% of revenue) were categorized as follows:

Compensation is the largest expense for the ASPCA with $104 million in compensation provided to 1,252 employees, making the average compensation $83,000.  The most highly compensated employee was the President and CEO, Mathew Bershadker who received $966,004.

Advertising and Promotion is the second largest expense at $64 million (and does not include fees paid to professional fundraisers) followed by $49 million in office-related expenses.  $16 million was spent on fees for services with 116 organizations receiving more than $100,000 in compensation.  The five largest recipients were reported to be:

As illustrated above, the ASPCA spent $66 million on advertising and fundraising with just the 5 most highly compensated independent organizations.

A Note on Fundraisers

The ASPCA raises funds by mail, e-mail, internet, and phone solicitations. In addition, the organization also uses in-person solicitation, solicits for grants (non-gov’t and gov’t), and holds special fundraising events. The 5 highest paid fundraisers in 2020 were reported to be:

If you want your donation to go further, DO NOT respond to telemarketers; give directly to an organization.